Over 10 years in China, Atlas Ward Structures Ltd has worked through changes in regulations, in the environment and competition. This was the period when Shanghai metamorphosed, from a drab manufacturing centre, through the ‘building site years’ of the mid-1990s, into the present high-rise metropolis.

Originally established in Malton, north Yorkshire, in 1949, Atlas Ward makes prefabricated buildings for industry and commerce. Like many another company, its introduction to the Chinese market was by chance. After building up the home market in the 1980s, in the 1990s the company decided the time had come to make a serious effort to ‘deep sea’ export again. Asia, however, was dismissed, with the rhetorical question, “How could we compete on cost?” 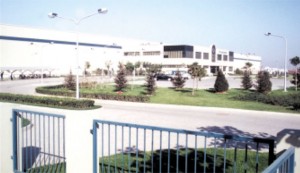 In 1992, however, a chance meeting with the US sanitary ware manufacturer Ideal Standard at an exhibition in Yorkshire introduced Ward to a project to build a factory for American Standard in Shanghai. Seeing the potential, Atlas Ward hired a British project manager to go to China to prepare the bid. A year later Atlas was awarded the US$2.5m contract, without anyone from the company even having visited China.

All that was required in China was getting customs clearance and tidying the site. To implement the project, Atlas teamed up with the state-owned Shanghai Construction Group’s Shanghai Mechanised Construction Corporation. Atlas Ward sent an experienced erection supervisor across from the UK, and the building was put up quickly, and to a very high standard, says Steve Clark, who is in charge of the firm’s China operations. Once again Yorkshire pessimism was thwarted: “We assumed that the worst would happen, but were surprised how well the project went.”

Shortly after that first contract Atlas Ward decided to explore the market in earnest. A month’s market research in China produced the conclusion that there was a demand for steelframed buildings, especially from foreign manufacturers building factories in China. At that time most Chinese factories were being built with reinforced concrete.

On the back of this first contract and with this research to back them up, Atlas Ward arranged contracts in Beijing, Tianjin and Guangzhou, and through these the business developed. Steve Clark began visiting China so frequently that eventually a decision was taken to open an office there.

Shanghai was an obvious location for the office. The majority of the company’s business is in the Shanghai area, with some in Beijing, Tianjin and Guangzhou, and Shanghai’s location halfway between Beijing and Guangzhou makes it easy to travel to those cities. 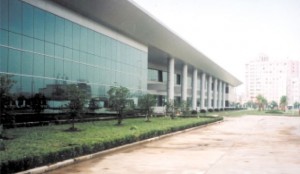 There have been many and various problems associated with understanding the culture and way of thinking in China, he admits. But the company’s Chinese staff help to iron out any problems. There are usually ways round difficulties if you know who to speak to, he says, whereas an overseas company going into China ‘cold’ would have great difficulty in understanding the system.

In 1994-1995 there was less competition, says Mr Clark; “At that time only three or four companies in the world were doing what we do. Many US companies wanted to build factories in China, and I was averaging one contract per visit. China was giving good tax breaks to foreign investors, and we were extremely competitive on price.”

In the first four years the business grew rapidly, but it is now maturing and levelling out. “We are looking to supply quality rather than quantity, and this is more complicated,” admits Mr Clark.

Other competitors have entered the market, both overseas and Chinese, and Atlas Ward now has around six foreign competitors from Australia and the US. In addition, more and more Chinese steelwork contractors are offering a similar product, and 50 per cent of the bids in competitions against Atlas Ward are now Chinese. However, steelwork in China is still relatively new and has a way to go before it achieves international standards.

Since the vast majority of customers are foreign investors, they benefit from import duty waivers, without which import duties plus VAT would represent 35 per cent of the selling price. When in 1999, following a period of economic overheating, the Chinese government withdrew some of the benefits to foreign investors, business was badly affected. (Benefits were soon reinstated for foreign investors in certain categories, such as hightech.) “Many foreign companies pulled out, and business went into freefall – it was a very difficult year,” recalls Mr Clark.

As the market has changed, so have the customers. Although most of Atlas Ward’s customers are still wholly or partly foreignowned companies, over the past few years many of these companies have promoted their Chinese staff to senior positions, and the company now usually negotiates deals with Chinese people.

Atlas Ward has negotiated with Chinese clients, but has had limited success striking any deals as yet. The stumbling block is that relatively few Chinese companies offer guarantees of payment. As the domestic market grows, Chinese companies are longing for more steel structures, and they will gradually start to accept international terms of contract, he foresees.

There are now three expatriates in Shanghai including the general manager, plus 30 Chinese staff. Most of the local staff are recruited through the state-owned staff agency FESCO, others through other agencies. They are all trained by Atlas Ward. All of them come from state-owned companies, and it is a big culture change for them, joining a foreign company, says Steve Clark. Atlas Ward demands a lot, but rewards well, he says: “Our staff tend to be ambitious – they want to learn, and have seen the advantages of working for a foreign company.”

There are no difficulties in keeping staff, many of whom are university graduates, but Mr Clark admits that the management work hard at keeping staff happy. “We are concerned about staff welfare. We have a friendly atmosphere. We rotate staff through departments so that they understand various aspects of the work. If they like working for our company they tend to be loyal.”

“We have worked in many countries around the world, but China is unique,” concludes Steve Clark. “I consider myself fortunate to have been here for nine years and to have seen the changes. I admire the Chinese way of working – in what seems to be total confusion there is a master plan. There have been major achievements in Shanghai. When we were told the completion dates for some of the projects in Shanghai, we thought they were impossible, but they were achieved. You have got to admire what the Chinese are capable of doing. China will become one of the strongest nations in the world, able to compete with the US two generations from now. It will get the necessary money and investment. The change in China is so dramatic, and too few British companies are going there.”

Why is Atlas Ward successful in China? Steve Clark is happy to expand: “We are very strong on construction on-site. Many companies are unwilling to take on clearance through customs, which we are also happy to undertake. Our big selling point is that we take full responsibility for a project from beginning to end. We also have a good reputation with Chinese companies.

A key factor in the success or failure of foreigninvested companies is management style. SMEs tend to do best, he says, with their hands-on approach, while big companies tend not to monitor so closely, but throw money at a problem, and then find they have an even bigger problem on their hands. There is often a long gestation period before a company goes into profit. He adds that every project on which Atlas Ward has worked in China has gone into profit.

Atlas Ward also has a keen eye on publicity, and has achieved a high profile in its nine years in China. “We are often mentioned in the media, and many enquiries come to us because of our reputation. We have a marketing company scanning publications for mentions of us.”

And what is Steve Clark’s advice to others looking at the Chinese market? “China will never be an easy market, and I cannot see it becoming easier; it will be more difficult as more and more Chinese companies begin to compete. Dealing with the bureaucracy will be as difficult as ever, possibly more than ever, because of the quality standards now being set by China.

“To succeed, you should commit to the market – there will be no short-term results. Have people who are dedicated to getting results in the market. Put your best people into China.”

Janet Kealey is editor of the China-Britain Trade Review.