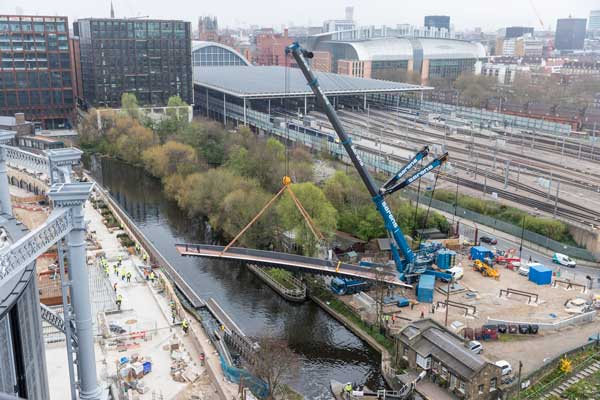 A new pedestrian and cycle bridge that spans the Regent’s Canal in the heart of London’s King’s Cross development has been officially opened.

Designed by Moxon Architects, the 38m-span bridge forms a vital link between Camley Street and an area of retail, residential and office schemes.

Once fabricated, the bridge was trial assembled before being sent to site in four individual sections.

The bridge was installed on 4 May and officially opened to the public on 5 July.