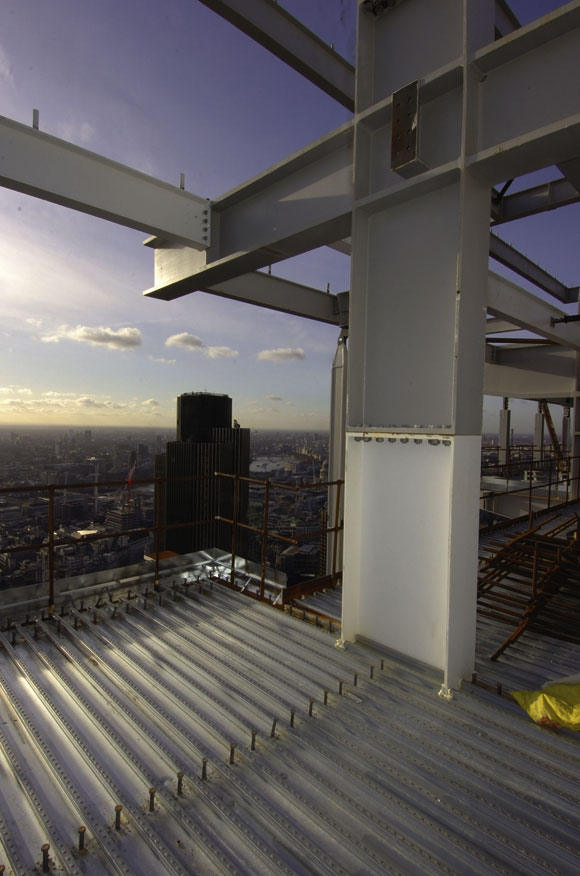 Structural bolts are one of the main elements of a steel frame and their manufacturers and suppliers form an important part of the steel construction supply chain.

Structural bolts play a vital, if slightly unheralded, role in steel construction, as the majority of steelwork projects will always have an abundance of bolted connections. For this reason bolts or fasteners are considered to be one of the main structural elements in a steel frame and vital to a structure’s safety and speed of completion.

Along with other vital components such as the steel sections themselves, intumescent paint and light steel sections, bolts are a crucial part of the steel construction supply chain.

To keep the UK and Irish markets adequately supplied with structural bolts requires an extensive network of manufacturers, suppliers and distributors spread throughout the British Isles. This important supply network also has tentacles that stretch around the globe as many of the products are manufactured and sourced from overseas.

For economic reasons UK bolt suppliers only manufacture some of their products in this country, with the majority of bolts coming from abroad. UK companies have also set up joint ventures and even wholly-owned factories in the Far East to aid the supply chain.

The leading bolt suppliers and manufacturers that supply the UK and Irish markets are all BCSA associate members. Being associate members helps them raise their individual profiles within the steel construction sector as well as raising awareness of the products among their primary customer base, which is of course mostly BCSA members.

By setting up a Working Group for Fasteners in 2007, the BCSA has helped suppliers and manufacturers of bolts spread best practice throughout the steel construction supply chain. 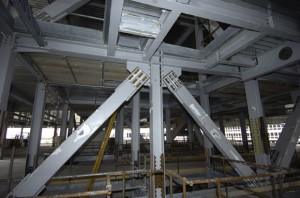 All bolts are thoroughly tested as their use is safety critical

One of the aims of the Working Group is to assure specifiers of bolts that they are buying products from companies with strict quality control procedures in place. By purchasing bolts from BCSA associate members, customers can also be assured that the products are of the highest standard and CE approved. Bolt suppliers’ UK premises are all CE approved, while having ISO 9001 means strict quality control is in place and guaranteed from point of manufacture all the way to the construction site. Regular contact and visits to overseas facilities means company’s factories are producing bolts to the highest standards, wherever they are located.

Bolts manufactured and supplied to the steel construction sector are safety critical and must function in the most testing of environments. Controls are set in place and suppliers will rigorously audit their manufacturing processes.

The BCSA Working Group has also been responsible for innovations within the sector and one of the most recent has been the colour coding of bolt sizes. The practice of putting one size of bolt only in a unique coloured bag is nearly universal and has helped erectors and project teams identify the correct item more quickly, which has cut down on time spent looking through stock. In a safety critical industry, such as steel construction, the colour coding of bags has also meant a safer work place as it has lessened the chances of someone using the wrong bolt.

The BCSA’s model specification for bolts is another innovation and one which is continually updated. It was most recently updated at the end of February when the Standards were all updated to European Standards. The updated specification also refers to stockists and distributors of fasteners being accredited to Sector Scheme 3. This is a new scheme that provides a specific interpretation of ISO 9001 for stockists and distributors. Members of the BCSA’s working Group for Fasteners were instrumental in developing the scheme, which is set to become a requirement for buyers of structural fasteners. 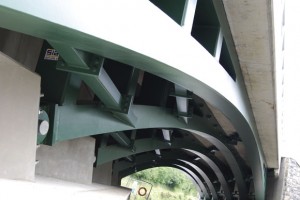 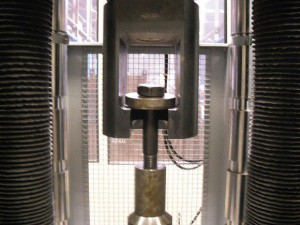 The BCSA Working Group for Fasteners is also held in high esteem as a useful forum for discussing the important issue of the day. It has allowed the bolt suppliers and steelwork contractors to jointly discuss matters such as European Standards; how best to adopt them and what consequences it will have on the sector.

As many of the members also sit in on committees dealing with European and British standards, the Working Group acts as a conduit for circulating new information and views.

The Group is considered to be vital as the steel construction sector accounts for a large chunk of bolt suppliers overall market and turnover, more than 40% in some cases.

Keeping the steel sector adequately supplied means bolt suppliers will endeavor to provide a comprehensive range of structural bolts and fasteners, as well as keeping a supply of up to six months worth of stock.

Suppliers will aim to predict the market’s peaks and troughs, by stockpiling the most popular sizes, while also maintaining sufficient quantities of all other bolts and fasteners.  As many of these products are imported, this is no mean feat, as logistics on a worldwide basis are required.

The most popular bolt sizes in the UK and Irish markets are typically M20 (20mm diameter) up to M24 (24mm diameter) units, with lengths between 50mm and 100mm most in demand. However, this core product range also includes diameter sizes up to and beyond 100mm and suppliers can manufacture and procure bespoke sized bolts for a particular project.

Bolt suppliers will also stock, and in some cases manufacture, various associated products such as nuts, washers, machine screws and studs. This is because other industrial sectors also take advantage of the high standards set by BCSA associate members procedures. Bolt companies will typically supply sectors such as the rail industry, with the wind energy sector fast becoming a major market for these products.

The BCSA Working Group for Fasteners is open to all BCSA members and those interested in joining should contact David.Moore@Steelconstruction.org