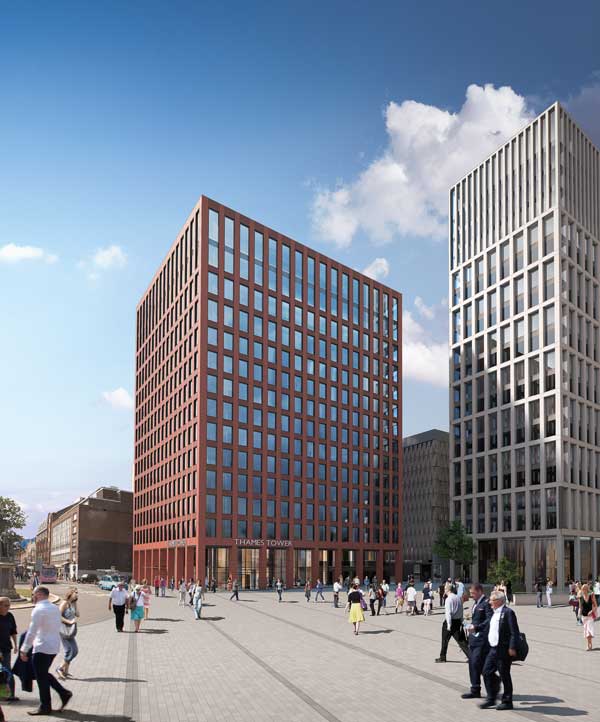 A 1970s office block has been given a new lease of life with enlarged floorplates and four extra steel-framed floors above level 11.

However, after an innovative design proposal provided by Peter Brett Associates, the core of the existing structure was maintained and developed using a series of strengthening works throughout the height of the concrete frame, along with the provision of four new additional steel-framed office floors to increase the nett usable internal areas.

This proposal also provided huge ‘value-engineering’ savings to the scheme, as the basic core of the structure was maintained and no enhancement of the existing concrete foundations was necessary. 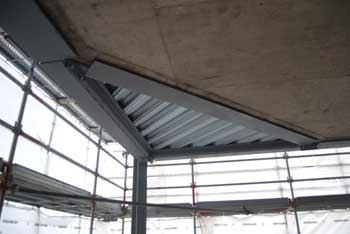 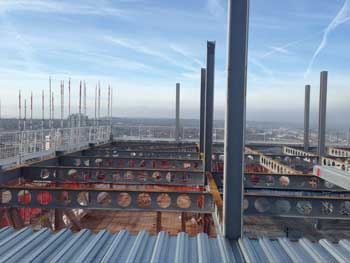 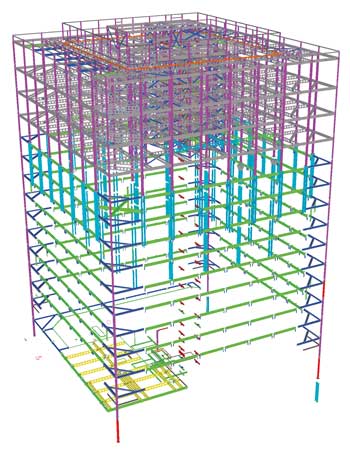 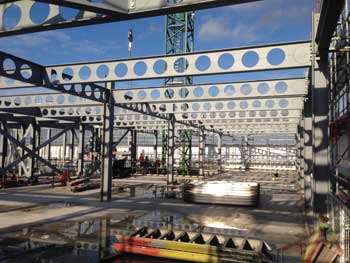 “Steel is ideal for this kind of project as it is quick to erect and lightweight in comparison to other materials,” says Peter Brett Associates Project Engineer Roderick Wilson.

“The beams have also provided the necessary support to allow the existing concrete perimeter upstand beams at level two up to 11 to be removed,” says Bowmer & Kirkland Senior Project Manager Bill Poole.

To strengthen the existing columns flat 15mm-thick steel plates were fabricated and installed to two faces of all internal columns from level six up to level ten. At levels nine and 10 further strengthening plates were also fitted to the perimeter columns.

Once the strengthening works had been completed and the tower crane installed, Shipley began the erection of the new steel floors at the top of the tower.

The new steelwork connects and is bolted to the existing concrete columns, while in the corners the frame connects to the new steel columns previously erected by Shipley.

Predominantly based around a 6.3m × 5.8m internal grid to match existing columns below, each new floor is formed with a series Westok cellular beams that accommodate services and support metal decking.

Summing up the judges say, this is a thorough and rigorous project which has been carried out with ingenuity and skill. With both painstaking analysis and inventive thought a substantial, but unloved, city-centre concrete building has been enlarged upwards and horizontally by the creative use of steelwork.