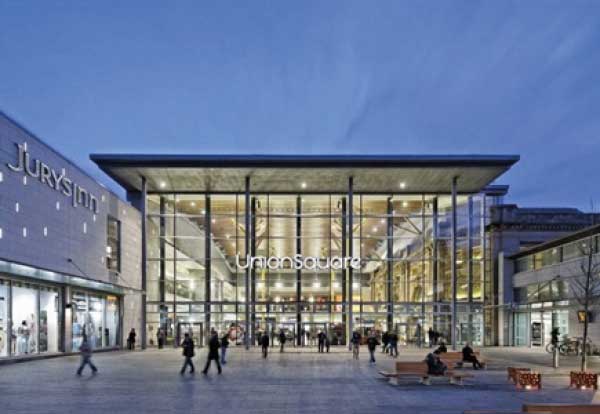 Developer Hammerson has announced that Union Square in Aberdeen has formally submitted an application for planning permission in principle (PPiP) to Aberdeen City Council for a multi-million pound expansion of one of Scotland’s premier shopping destinations.

As part of the proposals, options for improved vehicle access to Union Square will be brought forward to address comments received during the public consultation. The development would create around 2,000 new jobs.

Ryan Manson, General Manager, Union Square commented: ‘”The opportunity to extend Union Square will enable us to build upon our successful track record of providing the city with new and exciting retailers and restaurants by enhancing our existing retail and leisure offer, whilst delivering the right infrastructure to support it.”

The existing Union Square retail development opened in 2009 and was one of the largest construction jobs to have been completed in Aberdeen. Severfield fabricated, supplied and erected 15,000t of steel for the project.