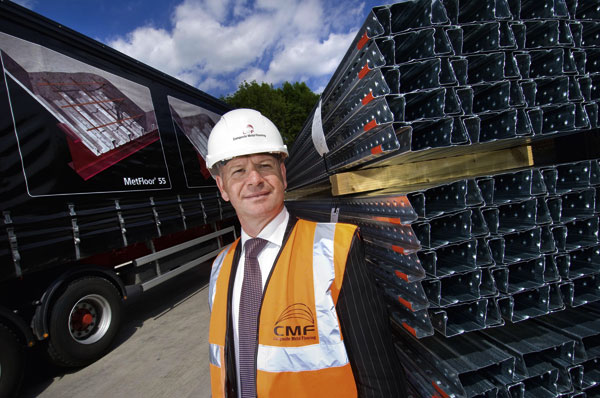 Composite Metal Flooring (CMF) is manufacturing and installing the specialist flooring for the £1.45bn Westfield Stratford City development which is adjacent to the Olympic Park in east London.

The company will eventually supply 350,000m² of composite metal flooring for the new shopping centre which is due to open in 2011. The project will be the retail heart of one of the largest urban regeneration projects ever undertaken in the UK.

CMF Operations Director Stephen Haines (pictured) said the contract is the largest and most prestigious to date and he is pleased to report it is on target, on time, on budget and due to be complete in November 2009.

Last year CMF opened its own manufacturing plant near Pontypool on land bought from the Welsh Assembly Government. This was part of a development agreement that ensured the building was constructed to BREEAM sustainable standards which is an import-ant consideration for companies supplying Stratford City.