Sky’s the limit for steel 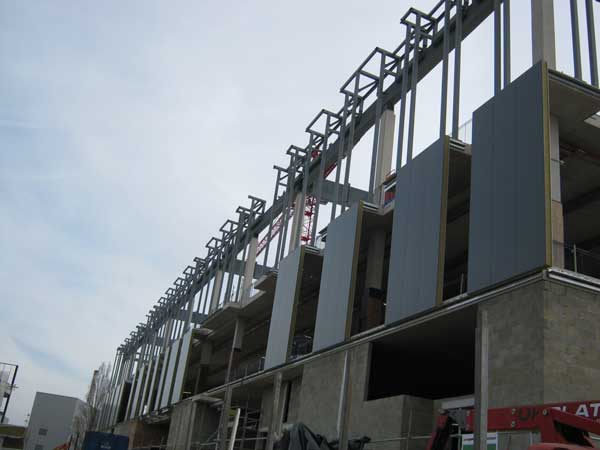 Steelwork’s long span qualities have created the lightweight roof for a new mixed-use building at the Sky campus in London.

Phase one included the Believe in Better Building, a structure that won a number of accolades including London’s ‘Best Building’ at the Institution of Civil Engineers’ (ICE) London Engineering Excellence Awards 2015, and the steel-framed Hub office building.

Following on phase two, known as Sky Central, has included the construction of a mixed-use structure offering 41,000m² of office space, studio, production and research and development facilities.

Although the three-storey building has a reinforced concrete frame on piled foundations, a substantial structural steel element was needed to construct a long span roof, support the cladding system and to form stand-alone internal mezzanine structures.

The roof is a long span structure with primary steel fabricated box girders spanning up to 27m, which support secondary timber fins (purlins) that in turn support the lightweight roof deck and skylights.

“A steel roof was chosen because we wanted a deep lightweight structure that would allow natural light into the building,” explains Arup Associate Director Carolina Bartram.

The girders are arranged in two rows that run along the middle of the building’s length, supported on columns at the ends and then spanning between six concrete cores three on either side. Further steelwork has been erected on top of these pods to form plant enclosures.

“Because the girders were too heavy for the onsite tower crane we had to bring them to site in two pieces, each weighing 16t,” says Bourne Steel Divisional Director Kevin Springett.

“We erected them individually using temporary supports that had to stay in place until the two sections had been bolted together.”

A lot of accuracy was needed for the steel erection as the box girders incorporate a camber that forms the roof, while pre-installed brackets on the steelwork had to be in exact positions for the later timber installation programme.

The box girders were fabricated from 25mm thick plate and measure 800mm by 300mm. A further quantity of rooftop box girders, measuring 500mm by 300mm, form a perimeter ring around the building.

Hung from the box girder perimeter ring is a secondary steel box section framing system that supports the building’s cladding and glazing.

“These structures have been formed with steel as the client wanted flexible plug-in spaces that looked different to the rest of the surrounding building,” says Ms Bartram.

Both of the two-storey mezzanines are approximately 40m-long by 13m-wide, while the studio is a double-height space measuring approximately 10m by 8m. 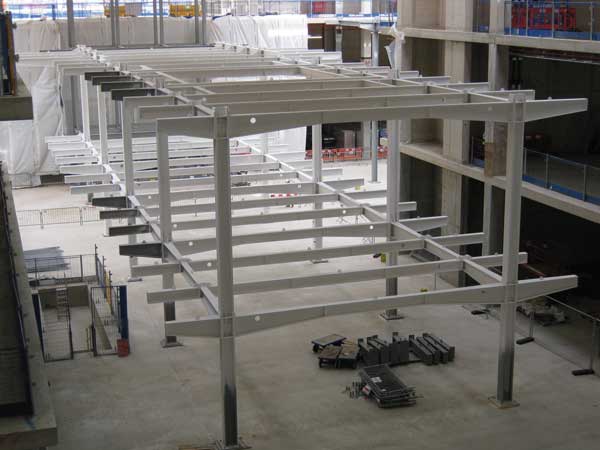 One of the internal mezzanine structures