Heathrow takes off with new hotel 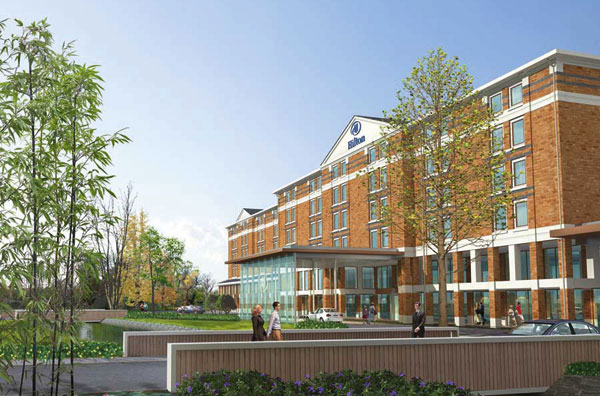 Main contractor John Sisk & Son has awarded the contract for the erection of structural steelwork on a new 350 bed Hilton Hotel at Heathrow Airport’s Terminal 5 to Atlas Ward Structures.

The main part of the hotel consists of a five-storey structure containing a central atrium and three two-storey hotel wings – north, east and west – radiating off of the main building.

Atlas Ward will erect more than 1,600t of steelwork for the project, including a central 50t truss over the atrium. This large section measuring 28m will carry the loadings, derived from the rooftop plant, back down to the main structure.

Bill Armstrong, Atlas Ward Project Manager, said: “There are conference facilities incorporated into the east wing and consequently we’ve had to use some heavy plate girders to achieve the required clear spans.”

The project is due for completion in December 2010.