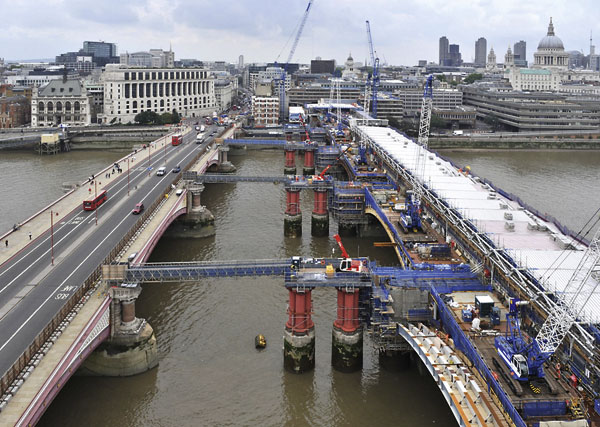 The redevelopment of Blackfriars is progressing on schedule and the first 12 car Thameslink trains will be able to use the station by the end of the year.

With an increased capacity, allowing it to handle these longer trains, the revamped Blackfriars will also be the first station to span the River Thames and consequently the first to be built on London’s South Bank for 120 years.

The trusses have been predominantly erected in fully assembled halves, with most of the projects steelwork delivered by barge. The roof will support 9,000 south facing photo voltaic cells, which will deliver approximately 50% of the station’s energy requirements.