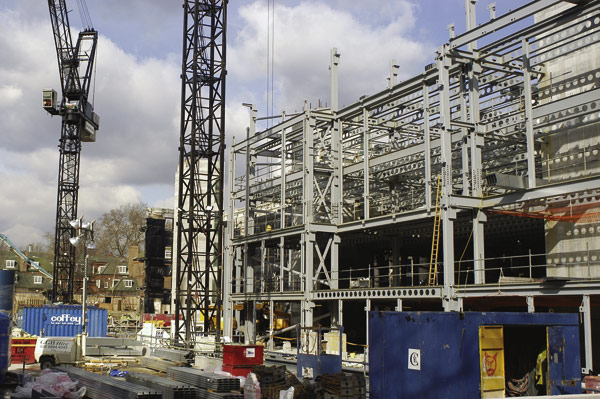 What is claimed will be the highest quality residential development ever built in the UK is under construction in Chelsea.

The toppping-out ceremony for the 21 Manresa Road development, which will provide its residents with an unprecedented level of opulence and luxury, is scheduled to take place on 12 May. Bourne Steel won the £2.72M contract to supply and install 1,400 tonnes of structural steelwork and metal decking. Multiplex is the main contractor.

The contract comprises 15 two and three-level apartments over four floors on the site of a 19th Century Kings College research and training facility. The new apartments are being built behind the retained façade of the Kings College building. 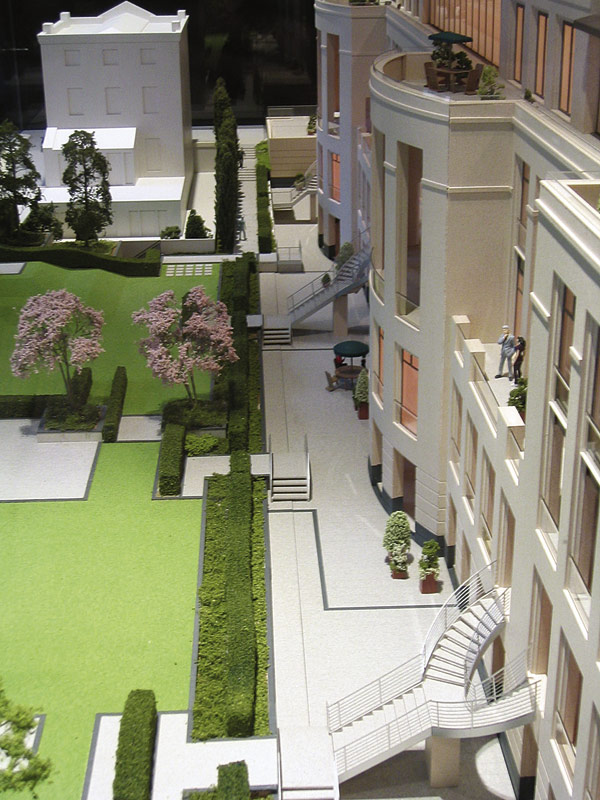 The basic structure consists of columns supporting cellular beams, supplied by Fabsec, on each side running from front to back of the building. These support blockwork dividing walls between the apartments. Beam-column connections and all other horizontal connections incorporate sound attenuation pads, so that each apartment is completely isolated from the others acoustically. The arrangement of the dividing walls creates a void of around 700mm between each apartment which provides space for services.

Floors are of steel/concrete composite construction, except for the mezzanine between the first and second floors, where timber construction on Metsec cold-rolled sections are used. This is to allow each apartment owner to remove the entire floor and create a double storey height space if they wish.

The apartments will be finished to the standard of a luxury hotel. Two thirds of the site is being given over to one of the largest landscaped garden square to be created in London for over a century.

Steelwork erection began last December and is due to be complete in June. Developer is Manresa Developments, and the structural engineer is Michael Barclay Partnership.