50 Years Ago: Structural Steelwork for the Motor Industry 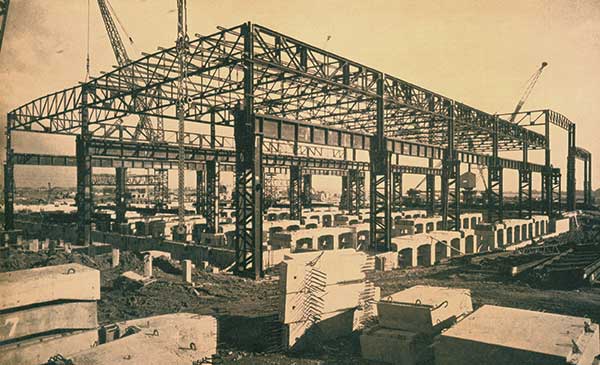 In February 1960, Sir Patrick Hennessey, Chairman of the Ford Motor Company Limited, announced his company’s decision to locate on Merseyside the largest single-expansion project to date in Ford’s current £70 million expansion programme. A 362-acre site was chosen at Halewood, southeast of Liverpool, for the construction of a 2,800,000 sq ft. car factory with provision for further development at a later stage. Structural steelwork erection began in November 1960 and in the first three months over 5,000 tons had been erected, principally on the main assembly building. Final completion of the £28 million Halewood plant is planned for the end of 1962. When fully operational it is expected to employ between 8,000 and 9,000 people in the production of 200,000 cars a year. When the factory is complete 30,000 tons of structural steelwork will have been used in its construction. 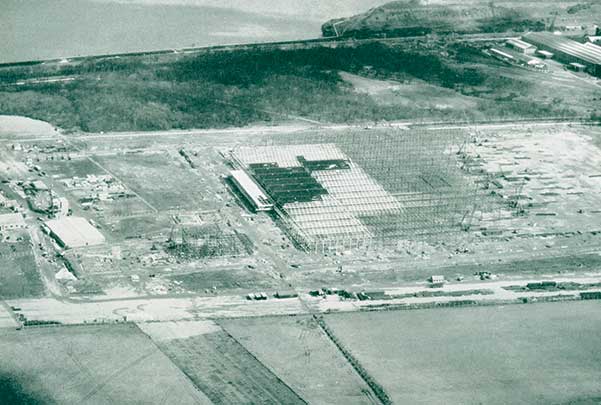 Steelwork construction for The Vauxhall Motor Co. Ltd’s new factory at Ellesmere Port, Cheshire – destined for the production of mechanical components for Vauxhall cars and Bedford commercial vehicles – is practically complete. The main unit will be a single-storey factory of over 1 million sq. ft. Adjoining this will be a number of smaller buildings, including a boiler house occupying approximately 16,000 sq. ft. The steelwork for the main factory consists of north light trusses on lattice valley girders on a general grid of 50 ft. by 50 ft. Approximately 6,000 tons of structural steelwork are involved in the construction of this factory.