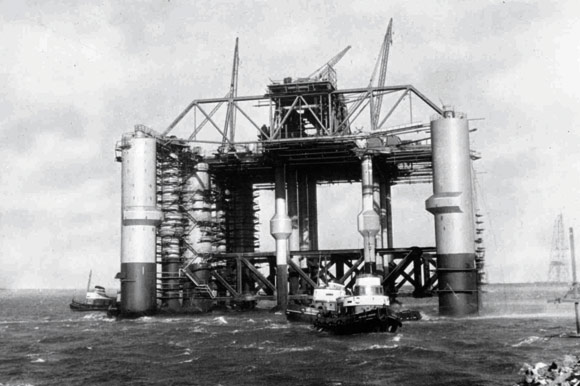 The search which is being carried out at present in the North Sea, to find out whether the strata of the ocean bed will yield oil or natural gas, has introduced to many British steelwork fabricators a new phenomenon in oil exploration  – the off-shore drilling rig. 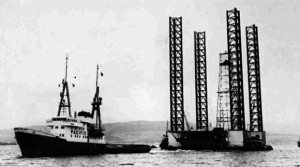 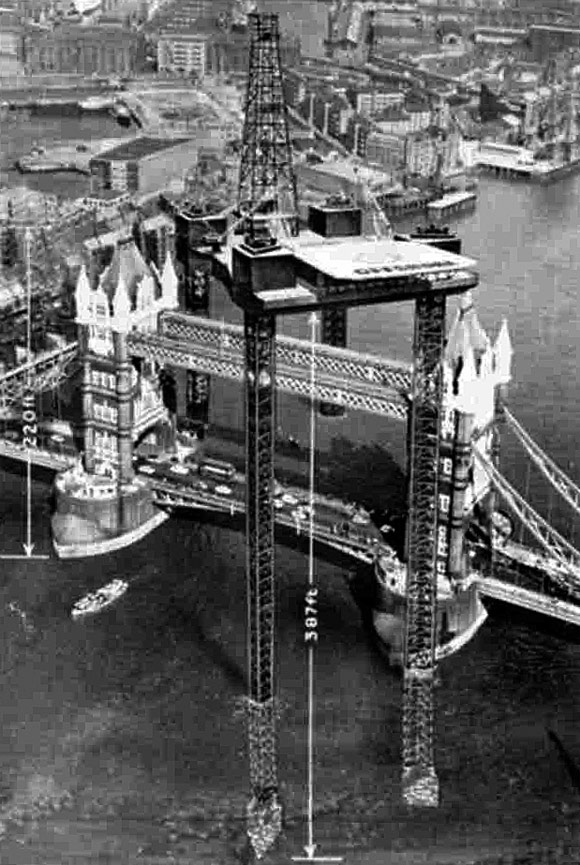 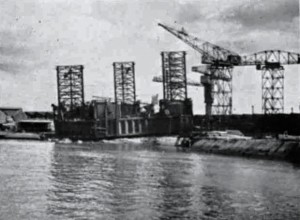 Drilling in the North Sea is an expensive business. Such work under water costs two or three times as much as it does on land – one exploratory well alone can cost up to £1,000,000.

The area of the North Sea for which the British Government is responsible was divided into nearly 400 blocks covering 38,000 square miles and licences were issued giving the holders the exculsive right to search for and get oil or gas in their respective areas for a period of six years, with an option for another forty years on not more than half that original area. By the end of July 1965, seven licence holders had begun drilling.

The rigs used initially were brought from great distances, some being towed accross the Atlantic. Licences were quickly allocated to British fabricators and specially formed consortia, and now most of the constructional work is being carried out in this country. Nine rigs are being or have been built here so far and a conservative estimate shows a total of £16,000,000 being spent on this initial batch.

It is thought that self-elevating jack-up platforms will be used in depths up to 300 ft and, once safely landed on the seabed, will not be affected by average bed weather conditions. Semi-submersible ‘floating’ units will be more versatile, however, as they can sit on the bottom of shallow waters and, with the assistance of heavy anchors, can remain stable when drilling in depths of up to 600 ft.

The legs of these massive platforms are constructed of a chromium/molybdenum/vanadium steel and a low hydrogen electrode is available for the welding of all this high-tensile steelwork. A new 2½ per cent nickel electrode has been developed for a special nickel bearing tough steel used in the construction of the drilling platform, and highly qualified and experienced welders have been trained for these projects.

Derricks are under construction and are, on average, 140 ft high and rectangular in shape with bases 45 ft by 30 ft. They are of reinforced leg construction, jointed with high strength friction grip bolts, giving the unit a lifting capacity of 600 tons. Masts are also available averaging 142 ft high with 40 ft by 40 ft bases and, as in the case of the derricks, these are suitable for dynamic loading for both the horizontal and and vertical position. The masts are protected against the elements by coating with a zinc silicate.