Steel will progress despite recession 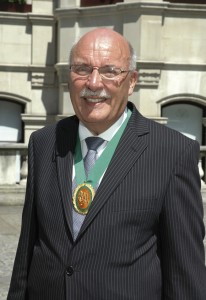 Jack Sanderson has taken over as BCSA President at one of the most challenging periods in the association’s history. He explains his forward looking and ambitious agenda to Nick Barrett.

Steel may no longer flow in the Lanarkshire town of Coatbridge as it did when it was Scotland’s industrial heartland, a steelmaking centre of world renown. But it still flows strong in the veins of Coatbridge born and raised Jack Sanderson, managing director of steelwork contractor Cairnhill Structures and recently installed President of the British Constructional Steelwork Association (BCSA).

Jack is proud to be only the fourth Scotsman to be appointed President since steelwork contractors founded the BCSA’s forerunners over 100 years ago.

Jack grew up in the ‘Iron Burgh’, and from an early age knew he would work in the industry. They catch them young in Coatbridge – his school, Gartsherrie Academy, had a blast furnace with sparks flying from it as the school badge. Steelmaking has moved on, leaving behind a rich industrial heritage and Cairnhill Structures as one of the last companies in the town with steel industry connections.

But there is no dwelling in the past for either Cairnhill or the BCSA’s President. Jack has a clear agenda for progress on several fronts during his two year tenure, and a proven determination to see things through. “The steel construction sector is facing the most difficult time for the industry for about 20 years and it is always going to be more difficult to maintain the pace of change when people’s minds are focussed on more immediate issues.

“But we have to look ahead if we want to ensure that steel construction continues to enjoy the unprecedented success it has had. In particular we will maintain our focus on sustainability issues and on increasing the membership of the BCSA.

“Steel’s sustainability case is surprisingly strong and great efforts are being made by our members and steel manufacturer Corus as well as others to strengthen it even further. The current Target Zero project with Corus which supports the government’s drive towards zero carbon buildings is a good example. We will be working closely with Corus and our other supply chain partners to make sure that our sustainability message gets across.”

Helping BCSA members through the recession will be another priority. Companies in the close knit steel construction community frequently cooperate to mutual advantage by sharing work, and can advise each other on opportunities. “That is the sort of thing BCSA membership can bring, along with all the other technical, health and safety and legal back up,” says Jack.

Some steelwork contractors stubbornly remain outside the BCSA umbrella, but Jack is keen to stress the benefits to them, and their clients, of BCSA membership. “Cairnhill Structures itself is a relatively small company but I can assure you we benefit enormously from our membership. It is the best way of showing clients that you have a sustainable approach to your business, by signing up to the association’s Sustainability Charter.

“With our partners Corus and the Steel Construction Institute we have taken a lead for the sector in ensuring the smooth introduction of Eurocodes, and we have prepared the ground for the introduction of CE Marking.

“This is all invaluable work that all steel construction contractors can benefit from, but the BCSA’s members will inevitably benefit the most. Staying outside the BCSA will increasingly be a difficult route to justify as regulatory and other challenges will make life more difficult. It could become a survival issue for some companies.”

Jack has a good track record in convincing people that the BCSA membership is a benefit; when he became President of the BCSA’s Scottish region only a few people turned up to meetings, but now they regularly attract up to 40. “That shows you how the importance of the benefits that BCSA membership confers has grown,” says Jack.

Like all contractors in the construction industry, Cairnhill Structures will also need careful nurturing through what looks like being another year of subdued demand. The company, founded in 1990, occupies a 20,000 square feet workshop that was once the well known Sun Works, a former steelworks in Coatbridge.  It is privately owned, part of the Watson Towers group of companies.  The company turns over £8M a year, employing 50 people, and has an enviable client list including major contractors. “It is run as a family business and most of the workforce has been with us for many years,” says Jack. “They are very loyal and are a big part of the reason for the company’s success.

“We manage to combine traditional values of customer loyalty, quality and service with a modern business approach to performance, standards and investment policies.”

Recent projects of note include the pergola at the Scottish Parliament in Edinburgh, the canopy at the Forth Bridge toll and East Renfrewshire council’s headquarters in Paisley. The steelwork associated with the widening of Rosyth naval dockyard has been entrusted to Cairnhill Structures.

The company is so far the only one in Scotland to have achieved the BCSA’s Gold Award under the Sustainability Charter, but Jack will be doing all he can to change that by encouraging others to go for it.

“We face a very challenging couple of years and there will be a lot of hard work. I have always believed in setting ambitious goals because the higher you aim the more you can achieve. Aim low and that is all you are likely to achieve.”

The Lanarkshire steel tradition may have waned in recent years, but Jack is obviously a dedicated steward of the best of its traditions. The future might be secured as well, as Jack explains: “Neither of my two sons have followed me into the steel business but I have high hopes for my grandson Hugo Jack Sanderson.” The industry will have to get along as best it can for a while though – Hugo is still only two years old. But they do catch them young in Coatbridge. 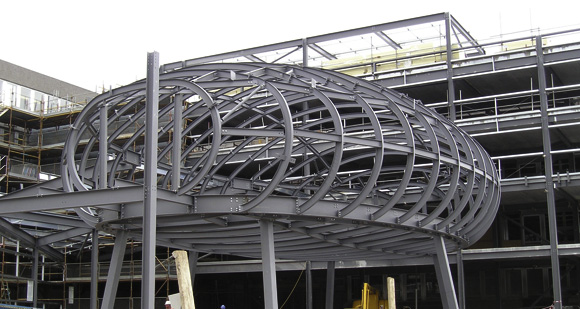