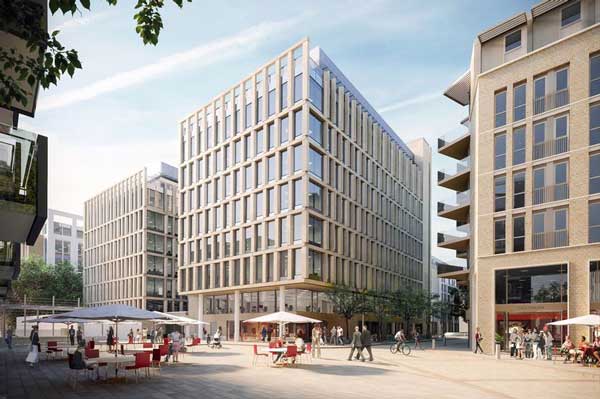 Steel construction is now under way on what has been described as Cambridge’s largest speculative office development.

The Grimshaw-designed Grade A offices will provide over 14,800m² of space across two eight-storey blocks with an underground car park. It also forms a key part of the CB1 masterplan that will regenerate a large area around the city’s main station.

Aviva Investors is funding the 50-60 Station Road development that will help to ensure that Cambridge continues to attract large multinational firms and retains its position as a major business and technology hub.

Working on behalf of main contractor Galliford Try, Billington Structures is the steelwork contractor for the job.

Galliford Try has a strong track record in the centre of Cambridge as it recently completed the new Ibis hotel and cycle park adjacent to Cambridge train station.

CB1 is providing a significant boost to Cambridge’s economy by creating a thriving gateway to the city and attracting businesses, residents and visitors to the area. The CB1 area is already home to a growing cluster of global and UK companies including Microsoft, Mott MacDonald, Deloitte, Thales, Slater and Gordon, AstraZeneca and Apple.