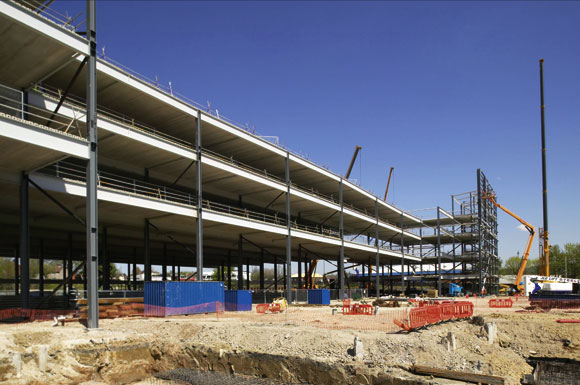 A steel framed structure was the answer to a very tight construction programme for the latest IKEA store.

The iconic Swedish home furnishing retailer was granted planning consent to build the outlet on the site of a former United Utilities depot and the town centre location has proven to be one of the most challenging aspects of the project.

The site is bordered by a railway line on one side and busy roads on the other three sides, consequently deliveries to site have to be planned in advance and a ‘just-in-time’ system is being utilised.

Jeff Hogg, Atlas Ward’s Site Manager says there is little room to store materials on site so approximately two deliveries of steel are made each day and this is usually erected almost immediately.

Mr Hogg says by using steel the project has less need for storage or associated plant. “For such a confined site using steel makes sense and we only need to have three mobile cranes on site,” he says. “If concrete was being used the site’s little spare space would be overrun with equipment.” 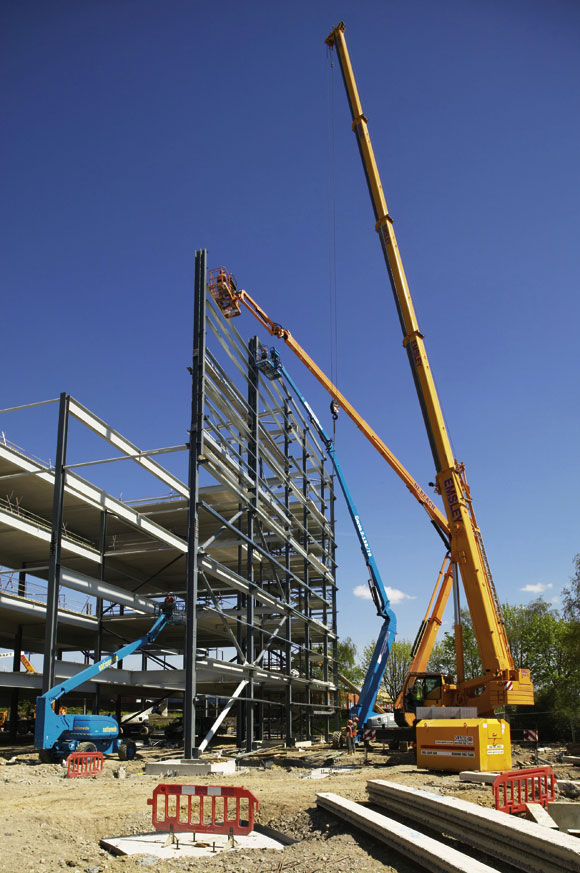 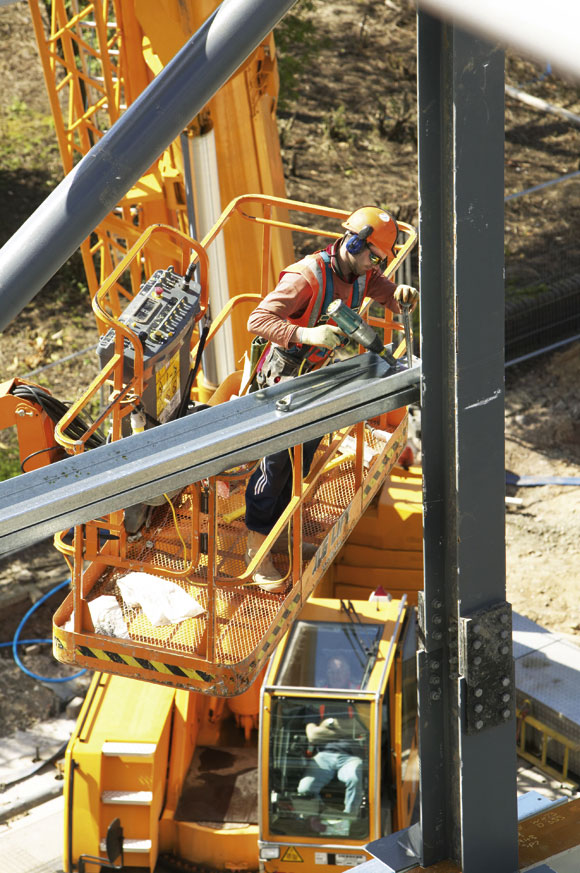 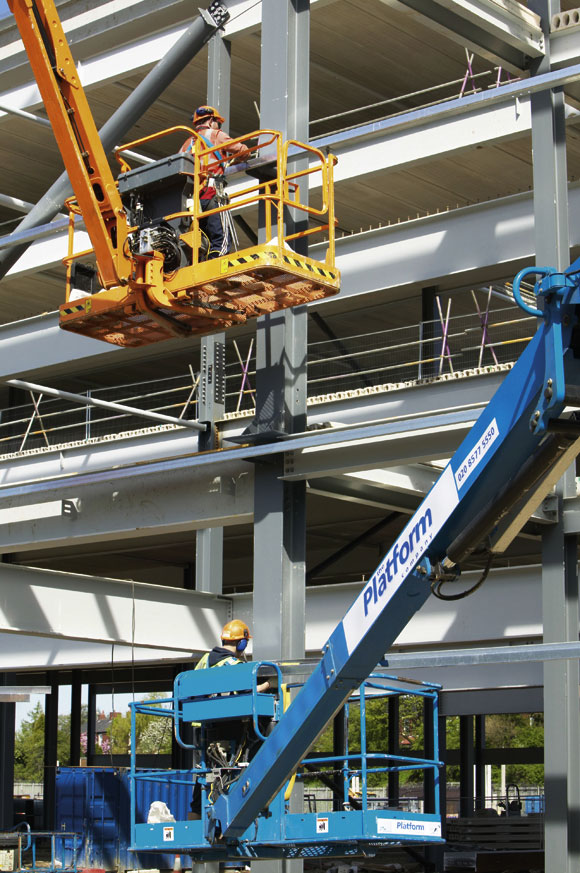 Mr Dixon says construction work began in January and once all foundation work was completed steel erection was able to begin in March. “The building has to be fully functioning by the end of October and any other material than steel would’ve added time onto our schedule,” he adds.

Atlas Ward Structures worked closely with the structural engineers and architect during the planning stage. It will have ultimately erected 2,700t of structural steelwork by the August completion date. The main structure is basically a rectangular four-storey building measuring 80m x 128m at the footprint with an attached three-storey office block – measuring 16m x 96m – at the front.

The structure’s storey make-up consists of two warehouse levels at ground first floor, one showroom level and then two floors of car parking, one of which is on the building’s rooftop.

Atlas Ward’s Project Designer John Taylor says the main building’s basic grid plan is 8m x 16m and this is constant throughout the structure, including the office block. “The client wanted an open-plan environment throughout and steel can obviously give these large spans,” Mr Taylor says.

Columns used in the store are a variety of 356 x 406UCs and 356 x 368UCs, while beams consist of 914UB’s on the lower levels and 838UBs on the car park. “Lighter loads will be experienced on the car parking levels, so smaller beams will be erected,” Mr Taylor explains.

The double-level warehouse taking up the bottom two floors will initially have a mezzanine floor which covers approximately one-third of the total footprint. However, Atlas Ward has designed the building to accept future plans for the mezzanine to be extended throughout the floorplan.

“We’ve used larger columns than necessary for the warehouse zone,” Mr Taylor says. “So they can take the extra loading if IKEA decide to expand the floor.” Floor heights also vary throughout the project and Atlas has taken this into account during the planning stage.

The warehouse zone has floor heights of 5m – to accommodate high stacking of stock, the showroom floor has a height of 5.7m, while the covered lower car park storey’s height is 4.6m.

Meanwhile, the adjoining three-storey office block has a similar grid plan as the store and consequently some of the same columns and beams have been utilised, Mr Taylor says.

However, the office structure has a number of lift shafts and stairwells which the frame had to go around. “This means we have a number of columns off-grid,” Mr Taylor adds.

A feature of the office block is its central lobby area which required a large open span. Mr Taylor says Atlas designed 250mm x 250mm box sections to create the space, using these instead of the traditional beam matrix.

As well as working in close collaboration with engineers and architects during the design stage, the project has also seen some close cooperation between Severfield Rowen’s steelwork companies.

Atlas Ward designed the project and supplied and erected all the steelwork. However, two ramps, one serving the car park and one for HGV’s delivering to the warehouse, have been supplied by sister company Watson Steel.

Mr Hogg says the ramp taking cars to the third floor and then onto the building’s rooftop fourth level is supported by one large trusses which has been delivered to site by Watson Steel in two separate pieces.

The trusses each weigh 17t and are 18m-long by 5m deep and once they have been welded together they will be craned into position in one lift. “This will be the heaviest lift of the entire project,” Mr Hogg says. “And we’ll have to bring a 500t capacity mobile crane on to site especially.”

Atlas Ward’s contract has also seen it design and erect perimeter steel for the car park. The barriers are made from two box sections welded together, says Mr Taylor. Other aspects of its contract include erection of all pre-cast concrete floor sections.

“Time is tight on this project and because we are erecting the steel and also the pre-assembled concrete floors there are less hold-ups and the same cranes can be used,” Mr Hogg explains. “The less trades on site the quicker the job can be finished.”