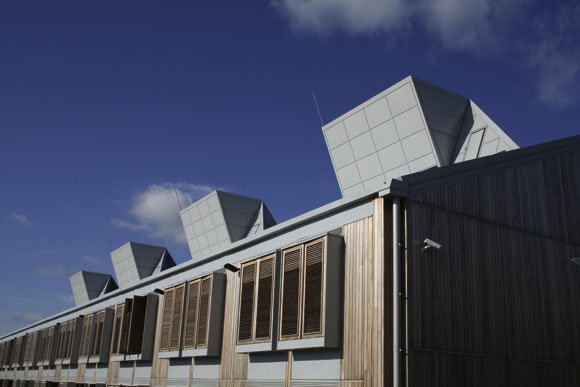 Sustainability in action on the Arup Campus in Solihull

Steel’s multicycling attributes are well understood and each year up to 500 million tonnes of steel scrap are captured and returned to new uses across the world. It is also possible however, that the legacy of steel sections can be enhanced by reuse, either by recovering them from demolition sites and sending to a steelwork contractor for reuse on a new project or reusing them in full, either as an upgrade of the building or reconstructed on another site.Using reclaimed structural steel can be an effective strategy to reduce the environmental impact of a building by eliminating the energy required to recycle scrapped steel into new structural sections.

Examples of reuse
There are now a significant number of examples of steel reuse in buildings. In the UK, perhaps the most widely publicised of these has been BedZed, where the Architect Bill Dunster used 98t of recovered steel. Another example of a project which successfully used reclaimed steel was the Earth Centre near Doncaster. 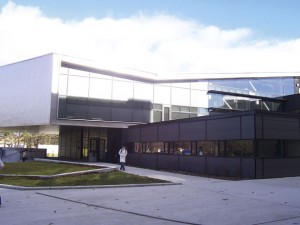 Additional examples can also be found abroad, in particular in Canada. The University of Toronto, Scarborough Campus Student Centre began life as part of the Royal Ontario Museum, the demolition of which provided a supply of reclaimed steel. A different type of example is the Parkwood Residences in Oshawa, where the steel frame of an existing building was used for an entirely different purpose; in this case, an abandoned office was converted into a prestige apartment building.

Reuse is facilitated by recovery strategies which are integrated into the buildings during the concept stage, rather than at end of life. Examples of buildings which have used this approach are the Arup Campus at Solihull, famously designed to be a “warehouse of its parts”, and Prologis Park at Heathrow.  See case study 1.

Prerequisites for reuse of structural sections
Those projects which have reused structural steel illustrate a number of attributes which must be brought together if steel is to be reused in the construction industry as it currently operates. Firstly, commitment is required on the part of the client and the project team. Next, it may not always be possible to find steel which exactly matches requirements and so it is necessary to have flexibility in the design, allowing for the possibility of increases in floor depth and structural weight. It is also necessary to get the timing right, in particular with regard to availability and scheduling, and coordination between demolition and construction. Finally, it must be possible to identify the structural characteristics of the salvaged steel, or at least be able to make defensible assumptions.

There are also secondary attributes which can be helpful, but are not essential. Reuse is easier if the components can be reused for a purpose similar to their original function. It also helps if the original building used similar structural layouts, spans and sizes as in the new design. In addition, steel frames which are bolted and/or non-composite facilitate dismantling.

How much steel is available for reuse?
There is a great deal of steel available in demolished buildings every year in the UK and it is clear that the sections with the greatest potential for reuse are those in long span, bolted, non-composite construction, free of fire protection and other coatings. These are most commonly found in portal frame buildings. That is not to say that other steel sections cannot be reused but rather that portal frame rafters have the greatest range of potential application. Typical portal frame buildings have a life span of about 25-30 years. This means that a great many of the buildings being demolished now were built in and about the start of the 1980s. Figures from steel construction sector surveys indicate that, during that period, approximately 300,000t of structural steel were used in single storey industrial buildings per annum.

The economics of reuse
So, if there is a lot of structural steel in demolished buildings every year, why is it not being reused? The answer to this is generally one of economics. Scrap steel has a value. Because global scrap capture is approaching the upper limits of efficiency, and demand is high, the value of that scrap is significant.  New steel from the rolling mills also has a value, which is higher than that of scrap. If steel is to be reused rather than recycled, this difference in value must not be greater than the added costs of recovering and preparing the steel for reuse.

And recovering steel for reuse does incur added costs. Building demolition is usually carried out quickly and the site cleared to facilitate new construction. Recovery for reuse may prolong the demolition process, adding costs. The added complexity of deconstruction rather than demolition may also impact on health and safety and insurance costs.

In addition, recovered steel intended for reuse must have guaranteed properties, which may involve extensive testing. Additional cleaning, welding and fabrication (such as re-straightening sections to meet modern tolerances, repairing unnecessary holes, removing fittings and splicing to increase lengths) may be required. It is also probable that allowance will have to be made for a lack of exact matches between availability and optimising structural efficiency, with the result that structures which utilise reused steel will be heavier than those which use “new” steel.

Costs for certifying the properties of recovered steel are high if it is done on a small scale. The extent and frequency of testing will depend on the information available on the steel, e.g. the amount of testing will be reduced if drawings are available which specify the steel grade. Where a full set of tensile and Charpy tests are required, and perhaps a full chemical analysis, the costs could be significant. However, if a large number of sections are to be tested, economies of scale come into force and costs will decrease substantially.

If all these additional costs are less than the difference between the value of recovered steel for recycling and steel from the rolling mill, then the process of recovering steel for reuse will probably be viable.

Overcoming technical barriers to reuse
Another issue which has been raised with regard to reused steel concerns the impact of the Construction Products Regulation (CPR) and the requirement for CE marking. The CPR applies to products to be incorporated in ‘works’, where works includes buildings, roads, bridges and other civil engineering works. While not retrospective for products placed originally on the market before 1991, clients are likely to insist on CE Marking to provide a level of confidence in the properties of the re-used steel.

The solution is likely to be that re-used sections can be CE Marked to BS EN 1090-1 (Execution of steel structures and aluminium structures. Requirements for conformity assessment of structural components) provided that the requirements for tolerances, strength, weldability and fracture toughness can be verified.

BCSA and Tata Steel are consortium members of the Wellmet 2050 project which is researching the issues surrounding the reuse of steel. The assistance of Dr. Mark Gorgolewski of Ryerson University in Toronto in the preparation of this article is acknowledged. 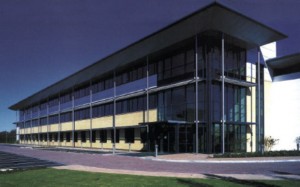 ProLogis has set itself an impressive set of sustainability targets for its future distribution facilities, as exemplified by ProLogis Park near Stockley Park, Heathrow. The 5,500m² warehousing facility was supplied by Barrett Steel Buildings, and was designed so that it could be disassembled and reused, if required on another site, even down to the level of the ground beams.

The 99m long two-storey structure is constructed in the form of a two-bay portal frame with adjoining office space. The external ‘brise soliel’ is supported by pencil-thin tubular steel columns and the canopy also reduces the solar gain on the glazed façade. The high bay portal frames span 24m in two bays and allow a 10m clear space to the underside of the haunch.

All steel members are stamped with the section size and grade to allow them to be identified and reused. A total of 80% of the components can be reused. 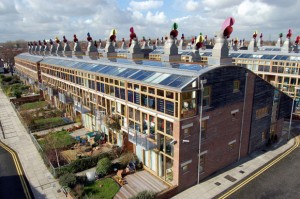 Beddington Zero Energy Development, in south London, is the UK’s largest mixed use sustainable community. It was designed to create a thriving community in which ordinary people could enjoy a high quality of life, while living within their fair share of the Earth’s resources.

BedZED was initiated by BioRegional and BDa ZEDfactory, and developed by the Peabody Trust. It was completed, using reclaimed steel from a project in Brighton, and occupied in 2002. The community comprises 50% housing for sale, 25% key worker shared ownership and 25% social housing for rent.People move to BedZED with typical lifestyles, and over the years change their behaviour significantly. The holistic design works on three levels: The design solves problems such as heating and water usage; the design and services offered help people make sustainable choices such as walking rather than driving; and the community have created their own facilities and groups to improve quality of life and reduce their environmental impact.

Some rules of thumb for the reuse of steel