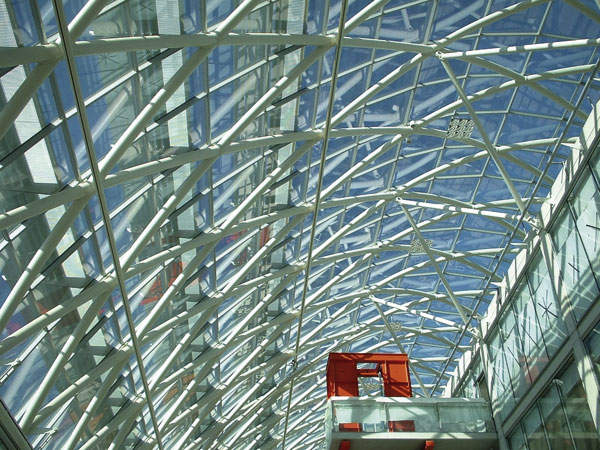 Three of the six shortlisted projects for the prestigious 2006 RIBA Stirling Prize were steel structures, including the overall winner. 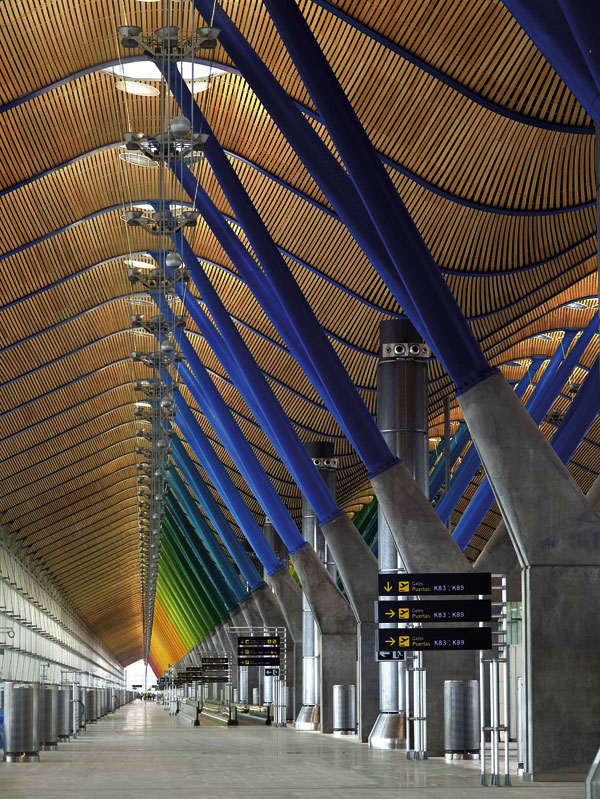 The judges commented the roof is impressive from inside the six floor building, while its dramatic wave shapes which are supported by a gymnastic steel structure, allows daylight in via huge roof lights.

A ‘tour de force’ which is also ‘remarkably soothing’ according to one judge, the terminal is making Madrid a southern European hub to rival Heathrow.

The other two steel projects to be shortlisted were the Evelina Children’s Hospital in London (above) and the National Assembly for Wales (NAW) in Cardiff.

These two structures were first and second respectively, in the People’s Award, which is voted for by the public

“Evelina Hospital is one of a number of exciting projects we have done over the years with Hopkins Architects and we are delighted at the success,” said Tim Burton, Sales and Marketing Manager for SH Structures, which was also the steelwork contractor for NAW.

“The architect has clearly produced a scheme that will hopefully set the standard for the design of other hospitals and public buildings in the future,” Mr Burton added.