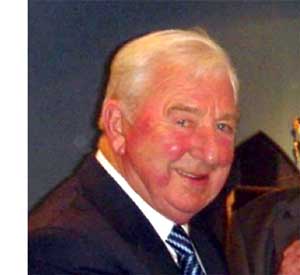 He had been in business since 1954 during which time he built numerous successful businesses, following a successful career as a national and international track cyclist, representing his country on many occasions.

A small company Independent Painting Contractors Ltd (IPC) was not part of the sale agreement, so once the restrictive clauses expired he was able to build the company again, and in 1990 he changed the name to Jack Tighe Ltd.

The current Tighe Group of Companies turnover is around £20m per annum and employs 250 people throughout the UK.

In 2009 Jack Tighe was given a lifetime achievement award by the Institute of Corrosion (ICorr) for being one of only 10 people who the Institute considered to have been the most influential in the blasting and coatings industry in the past 50 years.

David Deacon, the ICorr 50th Committee Chairman said: “Jack is probably one of the best known names in the coating industry. He was involved with many major contracts including the blast cleaning and coating of the Thames Barrier Gates at Cleveland Bridge during the 1970s, which has proved to be so successful.”

Throughout his life he was also associated with the application of protective coatings to some of the most iconic structures in the UK such as the Millennium Dome, Millennium Stadium, Wembley Stadium, Kings Cross Station, Olympic Structures, The Orbit and The Kelpies.

Jack Tighe will be sadly missed by his family, friends and staff.