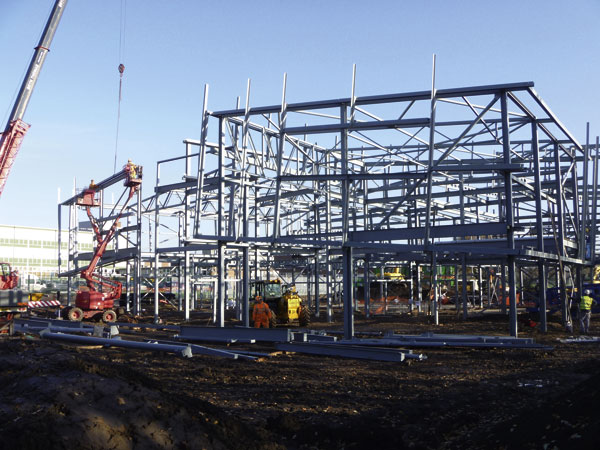 Steel erection has been completed on the £4M Trafford Youth Village in Partington, Manchester. Working on behalf of main contractor BAM, steelwork contractor EvadX fabricated, supplied and erected 170t of steel for the project.

“Each of the four blocks resembles a cube and they are all interlinked by corridors,” said EvadX Contracts Manager Peter Henderson. “The intermediate corridors are covered, giving the job a high and low level roof.”

Three of the cube blocks feature internal mezzanine floors, while the fourth building – a sports hall – has a mezzanine level on only three elevations.

Once the façades where erected, BAM inserted timber cassettes into the steelwork to form an architectural external feature.