Steel checks in at the YMCA 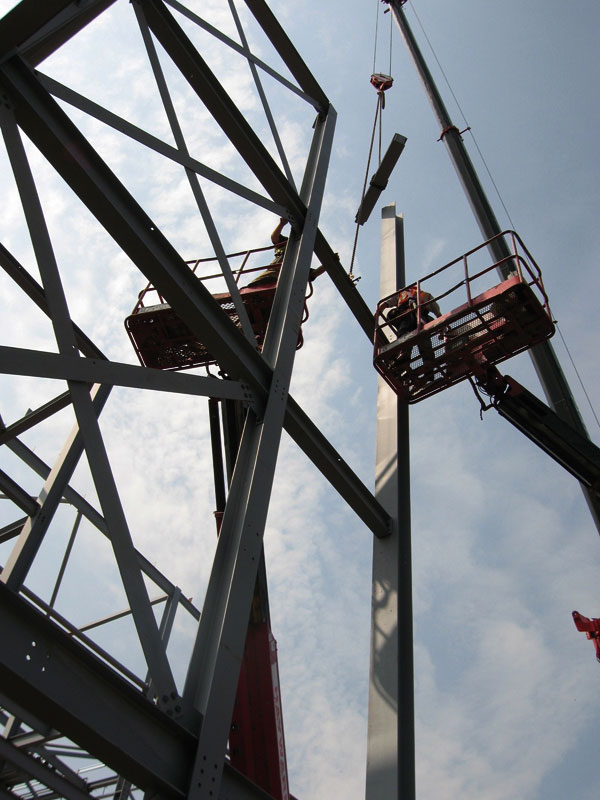 More than 330t of structural steelwork has been used for the construction of a new YMCA complex in St Helens.

The project consists of two main parts: a two and three-floor section containing a sports hall, gymnasium and creche, and a five-floor building of offices and teaching space, giving a total floor area for the entire complex of 5,200m².

Ted Brookes, TAAG Contracts Director said the steelwork consists of a variety of stick and beam, as the building is a very light structure. TAAG’s contract also included the supply and installation of metal decking throughout the complex.

“Steel was used for this job because of its cost and the speed of construction it offers compared to other materials such as concrete,” Nigel Hawkins, Project Manager of main contractor Morrison said.