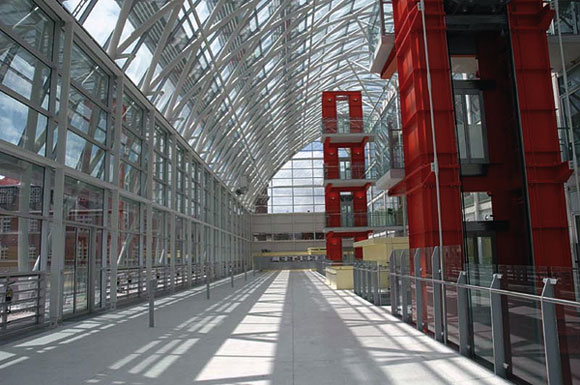 Steel buildings were well represented at the recent Royal Institute of British Architects (RIBA) Awards for 2006.

Designed by Hopkins Architects, the judges said the project lifted the spirits of its patients with its large glass atrium which stretches the building’s entire 100m length.

Steelwork contractor SH Structures supplied and erected approximately 700t of predominantly tubular steelwork to form the atrium roof structure. Other steel elements of the project consisted of a large transfer truss and lifts.

SH Structures’ Sales and Marketing Manager, Tim Burton said: “We are delighted that this project and two others were selected by RIBA for their design and environmental contribution.”

The other two SH Structures’ projects to be awarded by RIBA were the National Assembly for Wales, which won in the public building category, and the Research Area Facility in Macclesfield, which was awarded in the commercial structure category.

The prestigious RIBA Awards are presented to projects for their high architectural standards and contribution to the local environment.

Other steel projects to be awarded were the National Waterfront Museum in Swansea and the Spiral Cafe in Birmingham.