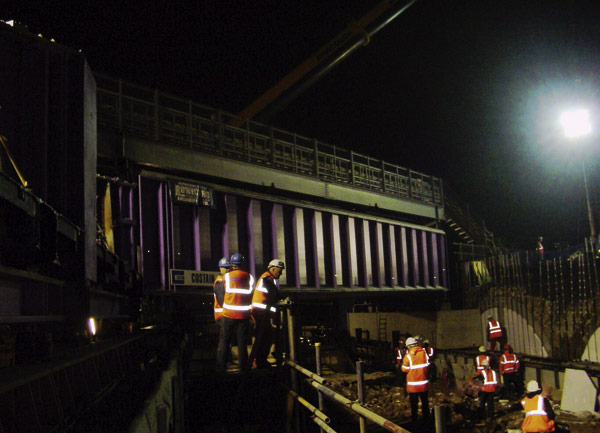 Rowecord Engineering has pre-assembled and installed a 900 tonne railway viaduct over the London Underground Hammersmith and City line at White City. Engineers worked around the clock in a 99-hour rail possession to position the new structure with minimum impact on rail services. The structure doubles in size an existing railway bridge, allowing an extra line to be added.

The new bridge was built above live railway lines over a crash deck on specially-designed support trestles and the pre-assembled viaduct was moved into position using a hydraulic push-pull system provided by Mammoet. Main contractor was Costain.