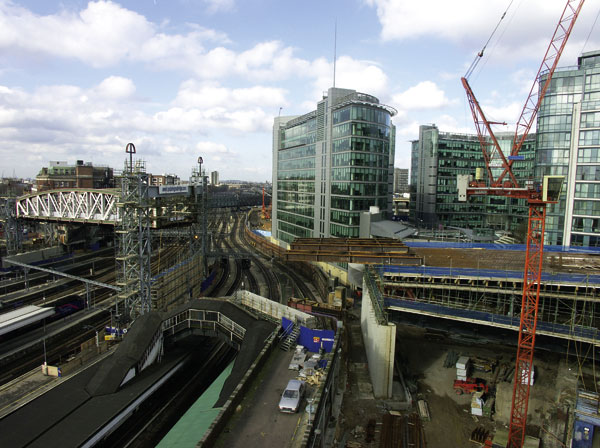 Constructing a new bridge over a number of obstacles, including mainline rail, demanded an innovative approach to minimise disruption.

This new road bridge was built across the outer ends of Paddington Station in stages and with some impressively complex engineering. The composite structure was built to facilitate the widening of Bishop’s Bridge Road and replaces a number of older structures dating back to the early 1900s.

The project originally stems from the introduction of the Heathrow Express rail link, which was expected to increase demand for taxis around Paddington. A new wider and stronger bridge was decided on which would be capable of carrying 40t traffic loads.

The complexity and risk associated with the project necessitated a partnered approach to both site works and the preliminary planning and development of the scheme. A design and build form of contract was utilised to allow contractor’s innovations to be applied to the demolition of old and erection of new structures.

“The design of the superstructure was almost purely method led,” says Cass Hayward Partner Alan Monnickendam. “We first and foremost had to develop a bridge erection scheme with spans of 61m and 44m over live railway lines. Concrete was not suitable for launching spans of this length and circumstance dictated a steel composite bridge.”

A number of methodologies were considered but the lift and launch scheme presented the most advantageous solution. This was because critical path activities that had to take place over the railway were minimised and consequently possessions did not have to take place.

Fabrication of the bridge took place over the existing canal bridge and this meant welding, bolting and concreting operations were not carried out over the railway and didn’t disrupt train services.

Launching was carried in two phases, with the first starting at the north abutment and crossing the Grand Union Canal and London Underground lines.

The second phase was by far the most complex task and this launched the 2,500t structure over the live mainline railway lines during a series of 30 nights.

“The second stage launch was carried out in similar fashion to the first, with in situ deck in place and using four hydraulic jacks, two launching and two restraining,” says a project spokesman for Cleveland Bridge.

One large obstacle to overcome on the second phase was a 40m-long steel Parker truss bridge which, unlike all the other old bridge structures, couldn’t be broken up or craned away.

Instead, it was jacked 10m into the air and was supported on temporary steel frames while its brick supports were demolished and new piers constructed. The new spans were launched beneath the old truss, and later it was lowered back down and taken away via the new bridge.

Summing up, the judges said the team faced enormous challenges and the innovative lift-and-launch solution successfully minimised impact on the transport operations across the site. 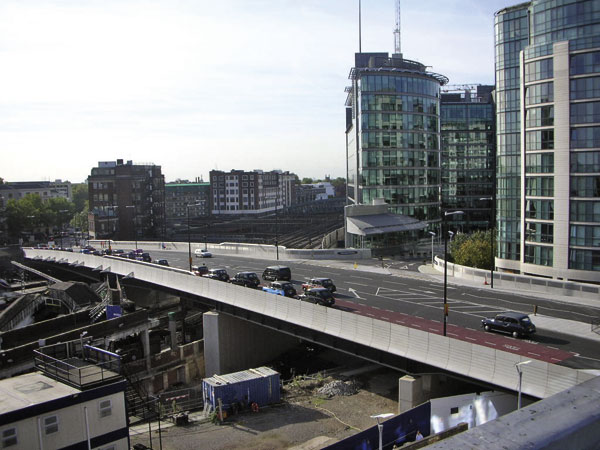