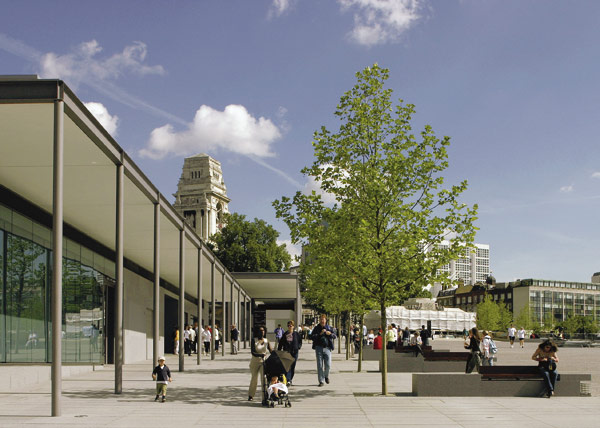 The judges praised the Tower Environs scheme as a “trio of neat pavilions” that have “greatly improved the experience of visitors to the Tower of London”.

The three buildings in the Tower Environs scheme form the last phase of an eight-year, £20M scheme to improve the setting of the Tower of London. The aim was to match its status as a World Heritage Site and Royal Palace, and to create a new space in London for public enjoyment — one of the largest public spaces in the City of London.

The project, said the judges, makes “conspicuous use of modern design to reinforce the historic setting” and use of high quality exposed structural steel was fundamental to that achievement.

The three new single storey buildings are the West Pavilion, the Pumphouse Shop and Vaults Canopy, which at 45m by 12m by 6.5m high is the largest. 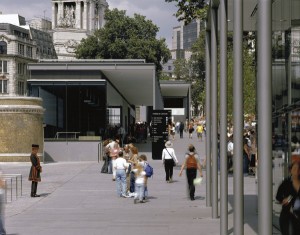 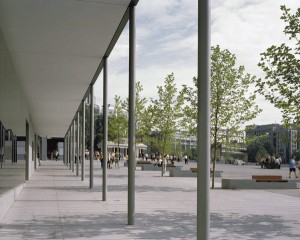 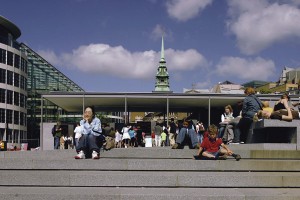 The Vaults Canopy provides a new roof over the Tower ticket kiosks and the entrance to the Tower Hill Vaults, and creates a landmark at the top of Tower Hill to guide visitors from the underground station.

The West Pavilion provides a ‘welcome centre’ for the Tower, a group ticketing facility and a refreshment kiosk. The Pumphouse Shop replaces a 1930 extension the the Grade II listed Salvin’s Pumphouse.

But the scheme is more than a collection of three modest buildings. Each contributes not only internal spatial functions, but more importantly they collectively define and scale the external public space.

Architect Stanton Williams won the commission from the Historic Royal Palaces through an internationaal design competition. It set out to achieve “elegant simplicity” using common detailing themes across the three buildings. The resulting structures are “purposefully modern”, with slender columns in exposed steel.

The overall structural form of all three buildings is a relatively simple arrangement of columns and beams. Stability on each is generally achieved by vertically cantilevering columns in conjunction with cross-braced roofs.

In terms of structural exuberance, the most challenging and impressive building is the Vaults Canopy. It cantilevers over the Tower Hill Vaults and accommodates a large window opening in a granite wall facing Tower Hill.

The West Pavilion is the simplest building while the Pumphouse Shop is the smallest but most complex. It incorporates a mezzanine floor hung from the roof structure.

The slender design posed several key structural challenges in terms of analysis and construction and in particular sensitivity to vibration.

Mike Day from Bourne Steel adds: “Although the three structures were relatively small they required a high level of management to achieve the required finish. But the greatest challenge was the high quality finish together with the tight tolerances required.”

Henley adds that one of the main reasons for putting the project forward for the 2005 Structural Design Awards was to “celebrate and demonstrate what can be done within the National Structural Steelwork Specification in a collaborative circumstance.”

That the project won is testament to the results achieved. As Henley reflects: “By the considerate application of leading edge engineering, the team has integrated the best of modern architectural design with rich heritage.”