Seaside town to get shopping beacon 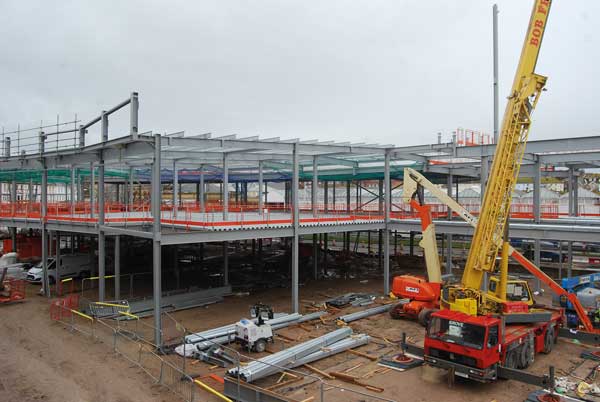 Once complete, the new enlarged centre will be renamed The Beacon, a name that is said to conjure up images of the town’s coastal history and the nearby Beachy Head Lighthouse.

Andrew Rice, Fund Manager for the centre owners Legal & General said it is never easy to find a new name for a shopping centre with a 38-year history.

Working on behalf of main contractor Kier, Caunton Engineering is fabricating, supplying and erecting 2,000t of steelwork for the scheme.

The 16,200m² extension is partially divided in two by a covered L-shaped pedestrianised street. Officially described as an outdoor space, the street will however offer some weather protection as it will be topped with a glazed undulating roof supported by the main steel frame.