Seagulls’ home on target for May 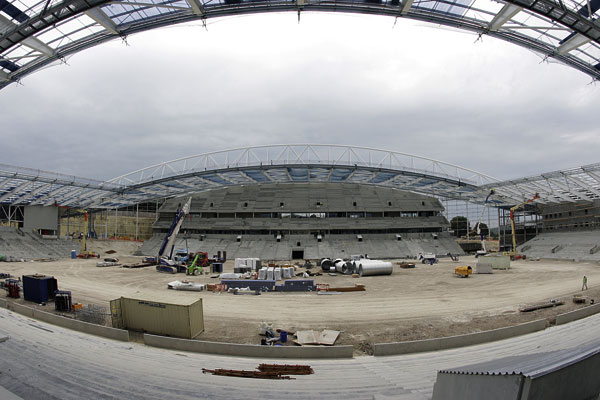 The steelwork package, which has included more than 4,000t of the material, has been completed on Brighton & Hove Albion’s new stadium at Falmer.

Working on behalf of main contractor Buckingham, Watson Steel Structures completed steel erection during August. Its work included the installation of two 170m-long trusses, which form the roofs over the two main East and West Stands. Because of their length, both trusses were brought to site ‘piece small’ and assembled into three liftable sections on the pitch.

Cladding of the external facades and the roof has now begun, with the project due to be completed during May 2011. Brighton & Hove Albion plans to kick off the 2011/12 season in its new 22,500 seater stadium.