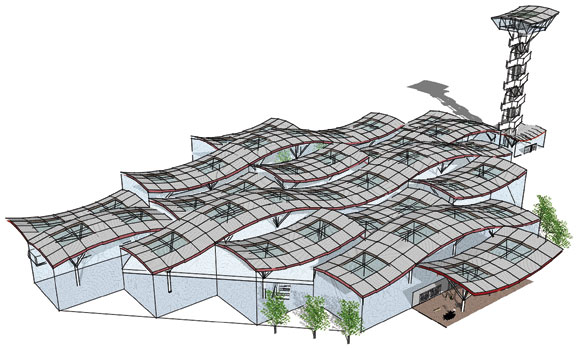 A terminal building and control tower for a regional UK airport or a pedestrian and cycle bridge over a river were this year’s competition requirements.

The Victoria & Albert Museum in early July was the stunning venue for this year’s presentations for the Corus Student Awards.

As usual, the national awards were divided into two categories. The first – Structural Steelwork – required and challenged students to design a solution for a terminal building and control tower for a regional UK airport. 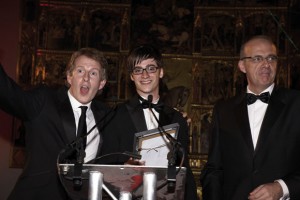 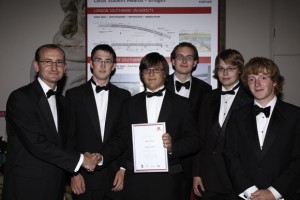 The winning Bridges category team from the University of Southampton receive their award from Chris Dolling, Corus 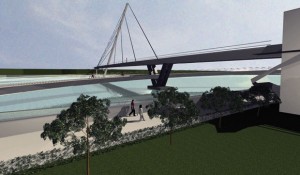 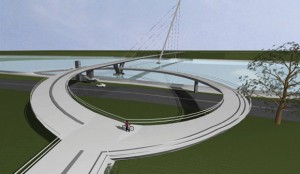 The second category – Steel Bridge Design – required students to design a pedestrian and cycle bridge over a river and dual carriageway to link a city centre regeneration scheme.

The shortlisted entries for the Structures category were the University of Nottingham, which the judges described as an outstanding structural statement, achieved by simple, practical means, with complex architecture, which was tackled with relish; London South Bank University, whose entry displayed powerful graphical imagery of a simple grand space, and employed excellent structural considerations; and Cardiff University, who according to the judges submitted an excellent integration of architectural and structural concepts.

The judging panel for Structures was chaired by Alan Jones of SKM anthony hunts and he awarded the category top prize to Cardiff University student Matthew Wright.

Commenting on the winning entry Mr Jones, said: “The design was expertly thought out and comfortably lends itself to future expansion, while the control tower is well integrated.”

Shortlisted entries for the Bridges category were Anglia Ruskin University, an entry which the judges felt employed good design development, and gave thoughtful consideration to durability and maintenance issues; London South Bank University with an entry described as ‘exciting to the point of being scary’; and the winning entry from the University of Southampton.

The judging panel for the Bridges award was chaired by Barry Mawson of Capita Symonds and commenting of the winning entry he said: “The University of Southampton provided a dramatic, integrated solution, which combined elegant design with excitement for potential users. Good hand calculations were presented alongside computer modelling, and the project drawings were excellent.”

Alan Todd, Corus General Manager was also impressed with this year’s entries and said: “Corus is committed to fostering and developing the engineering and architectural talent of the future. All the successful teams demonstrated their design skills in an innovative and effective way, painting a positive picture for the future of steel construction.

“We are proud that the competition is now in its 20th year and look forward to supporting more students in the future.” 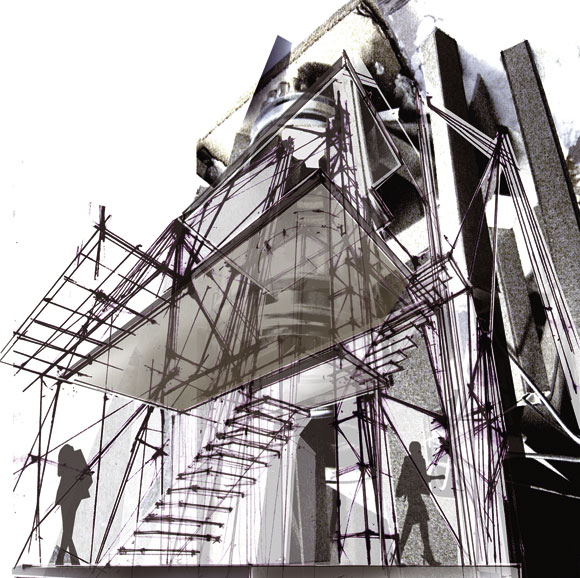 At the same ceremony at the Victoria & Albert Museum the Corus Student Awards for Architecture were also announced.

The competition brief, entitled ‘Living with waste’ required entrants to consider sustainable waste use and management in a small urban community.

First prize went to University of Nottingham student, Li Gan, whose design for an urban housing community took into account aesthetics as well as sustainability issues.

Chair of the Judges Chris Nash of Grimshaw said the standard of entries was generally inspirational and Nottingham’s design showed how practical and elegant solutions to waste can be easily integrated into everyday life. 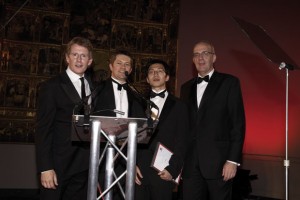 “The design provided a beautifully drawn response to the brief, addressing the issue of waste usage and taking steel as a sustainable material into account.”

Other shortlisted entries were the Politecnico di Milano, whose design, according to the judges, was elegant and practical with good consideration of energy reduction and resource use; and two teams from the Manchester School of Architecture – the first was an interesting take on the New York loft idea and the second attempted to integrate the cycle of waste into the everyday functioning of the building.

Steve Thompson, Senior Architect at Corus and judging panel member, said: “The student awards is a celebration of excellence in architecture rewarding talent and encouraging debate on the global issues that will undoubtedly affect the way that we design buildings in the future. Corus strongly believes in supporting the next generation of architects and this competition is part of a portfolio of initiatives that will give UK and international students the encouragement they need.”