Major completed projects throughout the UK, which utilised a steel-framed solution, were winners at the regional RICS (Royal Institution of Chartered Surveyors) Awards 2019.

The RICS Awards showcase the most inspirational initiatives and developments in land, real estate, construction and infrastructure. They are also said to celebrate the achievements and successes of RICS professionals and their impact on local communities. 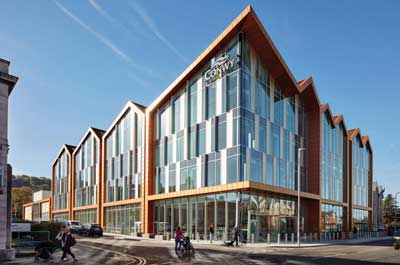 In the North East region, the Project of the Year award went to Sunderland’s Beacon of Light, which the RICS judges said had successfully delivered on its goal to involve, encourage, inspire and motivate.

This educational community asset was designed by FaulknerBrowns, with Harry Marsh (Engineers) fabricating and erecting the steelwork. 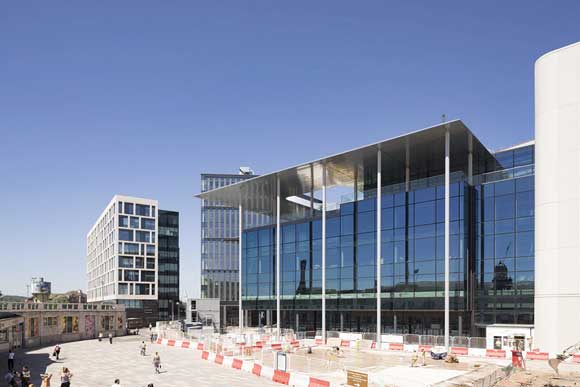 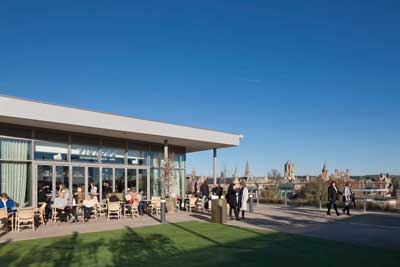 The steel-framed Westgate shopping centre development (bottom) in Oxford scooped the Project of the Year accolade for the South East region. A total of 7,000t of steel was erected by BHC for this city centre redevelopment.

Also in the South East, the Lexicon retail development (steelwork by Severfield) won the Regeneration Award.

Working on behalf of ISG, Severfield erected approximately 2,000t of steel for the BBC scheme, while 1,050t of steel was erected by EvadX for the Conwy Council job.

The prestigious Commercial Award for the London region was presented to the London Wall scheme. These state-of-the-art office buildings provide over 46,000m² of Grade A office space and are now considered to be a City landmark. Working on behalf of Multiplex, William Hare erected 8,500t of steel for the project.

All of the regional winners are entered into the RICS grand final which is held in October.