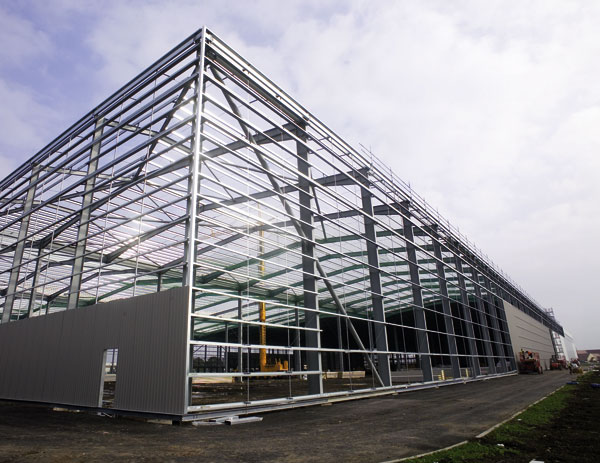 The park is located on the 120-acre former Manvers Colliery site close to the M18 motorway, and is set to bring several hundred new jobs to the area once it is completed later this year.

Working on behalf of main contractor J.F Finnegan, Atlas Ward has erected a total of 3,200t of structural steelwork for the buildings.

Known as A2, the first warehouse to be completed is a four x 34m span portal framed structure with 33 x 8m bays. Also consisting of an attached three storey office building, the warehouse was erected in five weeks.

Ian Hunton, Project Manager for Atlas Ward, said the other two structures, B1 and B2, have been built in quick succession and were completed at the end of March.

Both these warehouses have three 35m span portal frames, with B1 consisting of 29 x 8.1m bays and B2 slightly smaller with 24 x 8.1m bays.