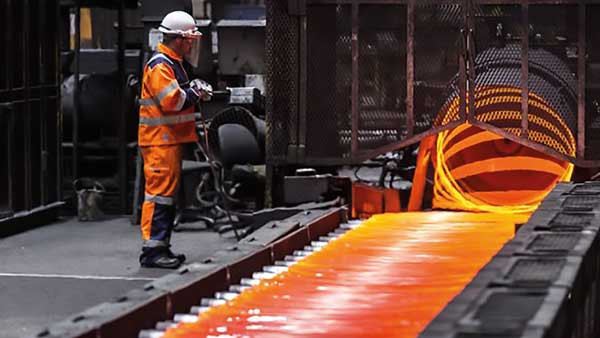 Steelmaker British Steel has reported a first quarter profit for the current financial year (2018/19) of £21M, and has stated that its turnaround remains firmly on track.

In its second annual trading update since its change of ownership, the previously loss-making company has seen full year profits rise to £68M for 2018, up from £47M in its first year.

“Increased raw material costs and fluctuating steel prices continue to be a challenge. It’s important safeguarding action is taken to prevent the dumping of cheap steel into Europe following the imposition of steel tariffs by the US. However, we remain in positive talks with the Government, and our other stakeholders, and are confident about our future.

“Our order book is strong and we’ve the capacity and capability to play a significant role in major infrastructure projects such as HS2 and the Heathrow expansion. We continue to invest in our people and products, remain focused on reducing the cost of liquid steel and are growing into new markets across the globe.”

The new line is set to be commissioned in autumn 2019.