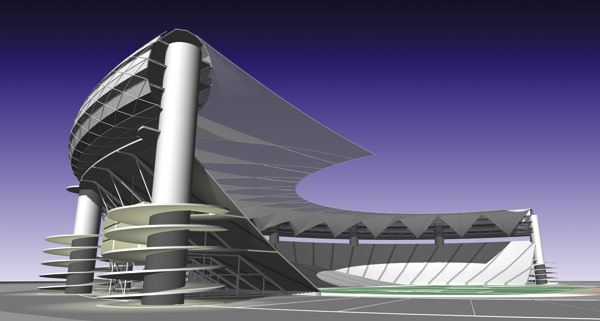 A radical plan to make the main 2012 Olympic stadium fully relocatable is to be put forward by a UK architect when the Olympic Delivery Authority seeks tenders for the detail design contract next month.

Mr Burland, who now heads his own firm BurlandTM, said the idea fits in with the emphasis on legacy in the 2012 London Olympic bid. The ability to re-erect the stadium elsewhere opens up the potential to hold a future Olympics in Africa, where few countries could afford the investment normally associated with staging the Games. 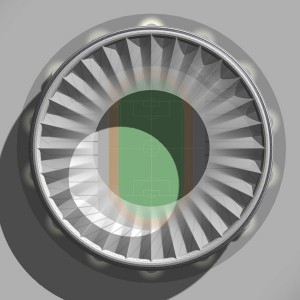 He said: “We will put in a bid for the 2012 Games when the contract for designing the stadium goes out to tender.”

The stadium would be circular in plan. Its main roof structure would consist of a steel diagrid compression ring supported on tubular-cored structures which would also form the basis of Manchester stadium-style entrance ramps. Roof covering would be fabric. The compression ring would be big enough to provide 29,000m² of offices and VIP and media accommodation.

Seating terraces would be formed by repetitive segmental framed structures which would be constructed outside the stadium and slid into their final position. They would be made up of steel sections no longer than 12m.

The 80,000-seat stadium has been costed by EC Harris at just £120M. After the Games, the infrastructure for the stadium would allow mixed use development on the vacant site.

The indicative design for the stadium in the Candidate Document on which London’s winning bid was based is for an 80,000-seat stadium which could be reduced in capacity to 25,000 after the Games. But critics have cast doubt on the practicality of the plan or the feasibility of building the stadium for the budgeted £250M.