New home for historic flagship to open next year 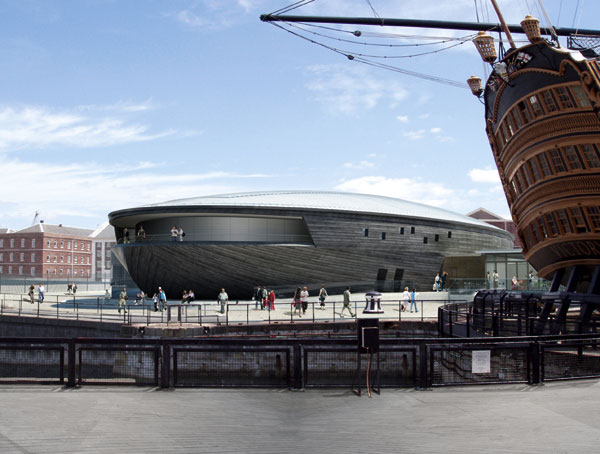 A new museum and permanent home for the hull of the Mary Rose – Henry VIII’s flagship – which was raised from the seabed of The Solent near Portsmouth in 1982 will be completed next year.

The £35M project in Portsmouth Dockyard involves the construction of a new boat-shaped building positioned over the dry dock in which the Mary Rose sits.

According to architect Wilkinson Eyre the design takes an ‘inside-out’ approach, cradling the hull at the centre of the new museum alongside a virtual hull which will display the original artefacts in context.

Deck galleries will run the length of the ship, corresponding to the original deck levels and leading to further gallery space at the end of the dry dock.

Steelwork for the superstructure is currently being supplied and erected by Rowecord Engineering, working on behalf of main contractor Warings.

Once the steel shell has been completed the building will be roofed by a low shell structure that will be prefabricated and lifted into place over the ship hall.