Posted on January 1, 2004 by NSC in Projects and Features

Direct tension indicators (DTI’s) are a device that can be used to correctly preload High Strength Friction Grip Bolts.

FRICTION GRIP BOLTING
Batho and Bateman first proposed the development of High Strength Bolts for use in connections in steel structures in 1934. They reported that bolts with a minimum yield strength greater than 25 tsi could be tightened to give enough preload to prevent slippage between the connected parts.

In 1938 at the University of Illinois, Wilson and Thomas reported that the fatigue strength of bolt and nut assemblies with high preload was at least as great as “well driven” rivets. No further work was done on the concept until 1947 and then in 1949 the first standard for High Strength Bolts to ASTM A325 was approved. In 1951 the first standard for structural joints was approved, which permitted the replacement of rivets by bolts on a one for one basis.

TIGHTENING OF HIGH STRENGTH FRICTION GRIP BOLTING
The effective use of preloaded bolts in structural joints is dependent on the generation of a consistent preload, a minimum of 70% of the minimum tensile strength of the bolt. Initially two tightening methods were specified “Torque Control” and the “Part-Turn” method.

Torque Control
Tightening with torque-controlled devices is dependent on consistent thread dimensions of both bolt and nut, and an effective lubricant that gives a controlled friction coefficient. The variation in bolt preload with this system, for the same batch of bolts and nuts, can be as much as +/- 30%. The applications of surface coatings, to the bolt and nut, such as electroplating or galvanising, increase the variation in bolt preload.

Part-Turn Method
In an attempt to overcome the variability of torque control the American Association of Railways conducted a series of trials to determine whether turn-of-nut could be used to control bolt preload. The procedure consisted initially of one turn of the nut from the finger tight condition, but this produced an inconsistent bolt preload. To overcome this problem a modified system was developed by Bethlehem Steel, which involved tightening the nut to a snug position and then applying a further half turn of the nut. Achieving of a consistent snug load is a problem with this system. An advantage with this system is that the tightening is totally independent of the friction and torque characteristics of the nut and bolt assembly. The generation of bolt preload is controlled by the application of strain by the physical movement of the nut along the bolt thread. 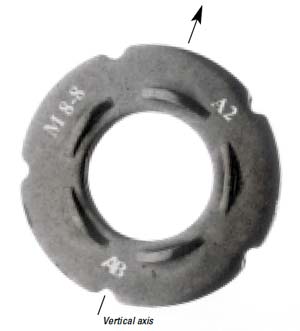 DEVELOPMENT OF THE DIRECT TENSION INDICATOR
Within the United Kingdom the variation due to torque control tightening was recognised as a major constraint in the use of High Strength Friction Grip bolting. Alternative systems were developed to simplify and improve control of bolt preload, the Direct Tension Indicator (DTI) or Load Indicating Washer was one such successful system, which was developed by Cooper & Turner. The DTI consists of a hardened washer with raised protrusions. As the nut is rotated along the bolt thread the protrusions are crushed and the strain developed produces the bolt preload. The DTI is designed so that the required preload is achieved at the specified gap. The system provides a method of consistent tightening that is independent of any factors such as friction coefficient, contamination, thread-fit or coating. Simple and easy inspection is a feature of DTIs.

Although there were early problems with the system, it became widely used in the UK as the preferred method of tightening High Strength Friction Grip bolting. However, some of the problems experienced were due to the hardness of the washer required to achieve the bolt preload and the method of forming the protrusions.

FURTHER DEVELOPMENTS OF DIRECT TENSION INDICATORS IN THE USA
DTIs were introduced into the USA in the early 1970s. Cooper & Turner supplied them, and Bethlehem Steel acted as agent. In 1972, Cooper & Turner set-up a USA sales organisation that eventually became an independent company from which TurnaSure LLC was formed. During this time the first standard for DTIs was produced, with the publication ASTM F 959:1985, which was a copy of the Inch Series product developed in the UK. As published the standard gave rise to problems of reliability and reproducibility with DTI’s manufactured in the USA. These problems gave the recently developed Japanese Tension Control Bolt (TCB) an opportunity to gain access to the US construction industry. To overcome the problems revealed by the introduction of the ASTM standard and to halt the market penetration of the TCB assemblies, a major research programme was commenced by TurnaSure. The research determined that the first area to be investigated was the load measurement and testing of the DTIs. The original test methods, in the ASTM standard, were not able to discriminate effectively between good and bad batches of product. The revised test method gave results that were accurate and reproducible; improvements in the design and processing of DTIs could be measured and fully evaluated. 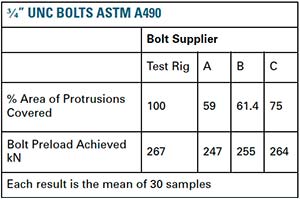 Table 1. Variation in preload due to the area of the protrusions covered by the bolt head with the original DTIs

Using the revised test method, the results obtained showed that the percentage area of the DTI protrusions covered by the bolt had a significant effect on the bolt preload (table 1).

This led to the first major modification to the original DTI design; the changes made were intended to increase the area of the protrusions covered by the bolt head. These were:

The combination of these changes ensured that the bolt head covered the protrusions.

These changes were incorporated in the 1992 revision of the ASTM standard, with a significant reduction in the problems experienced with the original standard and greater acceptance by the construction industry in the USA.

Fig. 3. Macrograph of a section through a new generation DTI protrusion.

The initial designs had problems with the height of the protrusion and the way in which it spread during compression; these factors limited the minimum gap that could be obtained during tightening. Further design changes reduced the protrusion height and increased the size of the cavity under the protrusion, thus enabling the protrusion to be fully flattened; a requirement of the US Federal Highway standards (fig. 3).

The fastener users in the heavy goods vehicle sector of the US automotive industry became interested in the advantages of the modified DTI. However, in mechanical engineering the fasteners used have a normal series hexagon head, smaller than those used in the construction industry. This required the further development of the DTI with protrusions that would be covered by the smaller head size. 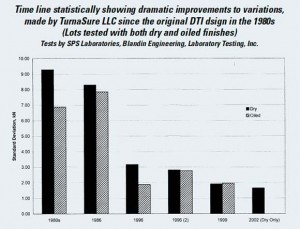 Fig. 4. Chart showing the reduction in variation of preload with changes to DTIs.

The solution was to form curved protrusions that effectively formed a segmented cylinder. In compression the cylinder is one of the strongest forms in terms of volume of metal to strength. The strength of a DTI is dependent on the form and dimensions of the protrusion and the mechanical properties developed by the steel and heat treatment. The increased strength of the curved protrusions enables the DTIs to be manufactured from cold rolled strip with very precise control of its mechanical properties. Batches of DTIs produced by this method have a lower material hardness and much less variation in the bolt preloads achieved (fig. 4).

The developments required to produce the Automotive DTI, conforming to the standard SAE J2486: 1999, have had a marked influence on the DTI’s used by the construction industry:

In the US construction industry the wheel has gone full circle, a report by G. Kulak (University of Alberta study) has shown the variability and the effect of storage on TCB assemblies supplied and used in the USA. In certain US construction standards TCB assemblies must be fitted with DTIs to demonstrate they have achieved bolt preload when tightened (fig. 5). 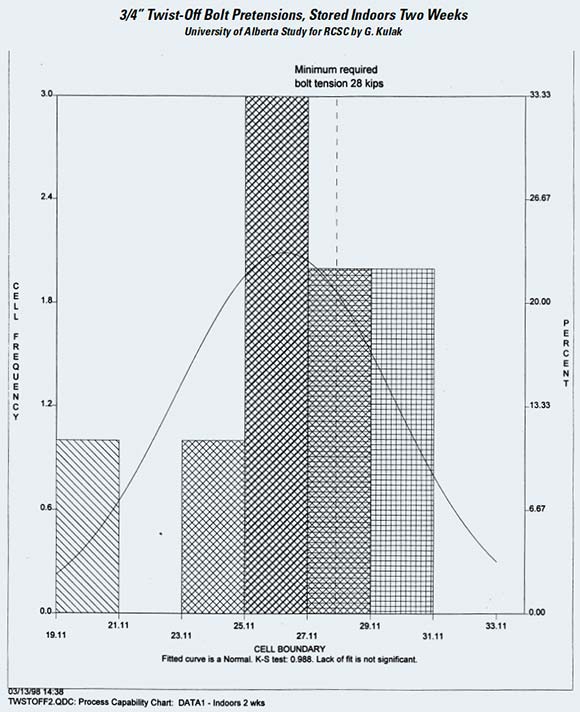 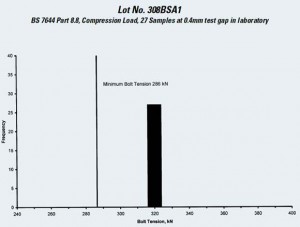 In comparison the consistency of the new generation DTIs is shown with the test results for a batch of M30 BS 7644 General Grade DTIs. These will not change with time, weather condition or any other factor (fig. 6).