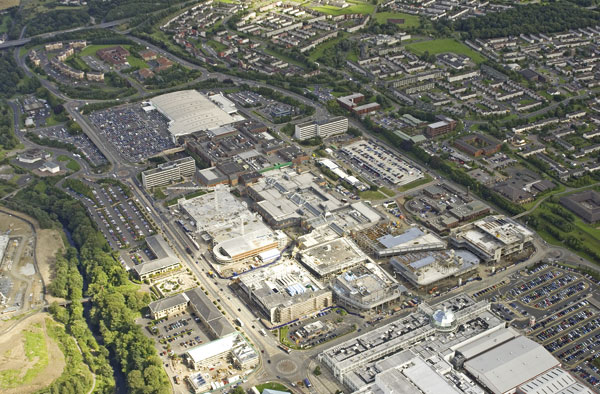 Known as The Elements, it is situated between the existing Almondvale Shopping Centre and Livingston Designer Outlet. When construction is complete, the new mall will be linked to Almondvale to create a combined retail destination of over 92,000m2 under one roof.

The predominantly steel framed centre features four pedestrian malls, which all converge at a central plaza. The whole development has two trading levels, ground floor and a mezzanine level.

Main contractor is Miller Construction and the project is scheduled to open by October this year.