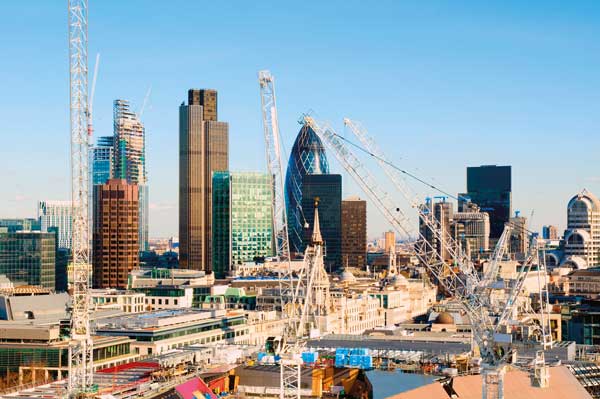 Office construction in central London has dropped to a three year low according to the latest London Office Crane Survey by Deloitte Real Estate.

The current level of commercial office construction – a sector dominated by steel construction – across central London totals just over one million square metres, which represents a 9% drop over the past six months.

Figures from the Survey show 25 projects were started between April and September this year, which is half the number recorded at the beginning of 2016.

Most of this slowdown has been witnessed in the City of London, while the West End has actually bucked the trend and reported a slight increase.

In other areas of the capital, one new start was reported in Midtown and another on the South Bank, while in the remaining central London submarkets of Paddington, Docklands and King’s Cross there were no new starts.

Despite uncertainty over Brexit, the Survey also reported that demand for new space will remain resilient, but the continued rise of co-working space is set to impact the market.