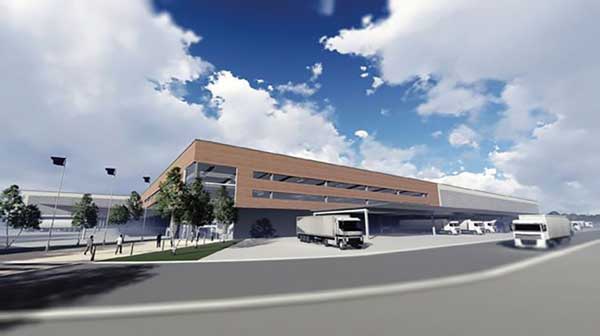 Jaguar Land Rover (JLR) has submitted plans to build a new logistics hub on land near to its plant in Solihull.

The site will be used by the car manufacturing giant to receive and store parts to supply to its production facility nearby, and the overall scheme will cover more than one million square feet.

“Delivery of the logistics operations centre would contribute to ensuring that Jaguar Land Rover increases its efficiencies, capabilities and overall business resilience.”

The submission of the plans follows a year of major investment across JLR’s operations in the West Midlands.

The company announced the creation of 250 jobs across its various divisions recently as part of a £30M investment, as well as confirming that it would split production of the new Land Rover Discovery across its Solihull and Slovakian factories.