I enjoyed the article on Admiral’s Quay in February’s NSC. It was reassuring to see a steel framed solution exceed, with a very comfortable margin, the new part E acoustic requirements, and  in what appeared to be a relatively shallow floor zone. One thing did puzzle me however – why did the contractor, Wilson Bowden, choose four seperate steelwork contractors? Was it to spread the risk, the scale of the contract or some other reason?

The Editor replies: I cannot give a categoric answer to your query, but the project clearly demonstrates the depth of capability and competition in the steelwork supply chain. A quick look at the Register of Qualified Steelwork Contractors (see NSC April 2005) shows a list of over fifty companies that are fully certified to carry out works of various sizes and type.  The concrete industry runs a similar scheme with only a handful of registered companies.

I have been reading with interest articles in the UK specialist engineering and construction press about the Windsor Building fire in Madrid, Spain, in March. Similar misinformation about fire resistance sometimes circulates here in the United States, although to a lesser extent than it seems occurs in the UK, and I have felt obliged to write to several UK editors to complain.

I have to say that I have been appalled at what seem like deliberate attempts by some representatives of the concrete industry to distract attention from and disguise the fire-induced collapse of this reinforced concrete building. I trust that your magazine will do its utmost to ensure that this shameful and reprehensible behaviour is exposed.

In the investigation of the World Trade Center disaster it was reported to the US National Institute of Standards and Technology that very few buildings around the world of any type of construction, whether steel, concrete, masonry or wood, have ever suffered collapse from fire. Yet it was also reported that more reinforced concrete buildings have collapsed in fires worldwide than those of any other type of construction.

The public interest would be better served if the representatives of the concrete industry took more interest in addressing the fire safety issues that their own construction material faces.

Tate not so modern 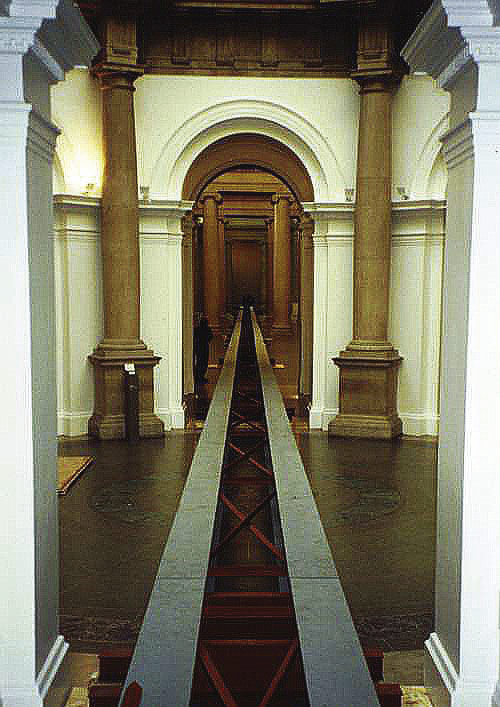 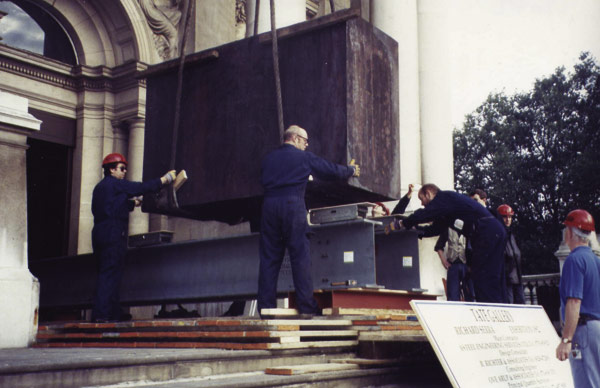 I was very interested to read your article regarding the recent sculpture in Tate Britain.

I thought you might be interested to know that a very similar exercise was undertaken in 1982 by our practice Richter Associates in conjunction with Asteel Engineering. The artist was Richard Serra, and at that time this had never been done before in the Tate. The pieces were essentially rectangular in shape and weighed up to 40 tonnes individually. This created a very high concentration of load over a very small area and not surprisingly floor strengthening was required. This was done using mini piles in the basement areas, with supporting steel frames up to the underside of the floor structure.

The clever part of this exercise was the way in which the blocks were slid from the main entrance portico down the full length of the main gallery using large universal beams as runway beams which spanned between known load-bearing walls below.

Once directly above their final resting position, a system of jacking and packing was used to lower the 40 tonne pieces from a height of approx. 1.0m above the floor, down to approx. 5mm above floor level to give the impression that the piece was actually sitting on the floor. In the final position the blocks were supported using steel cylinders passing through cored holes in the floor, down onto the steel frame below.

Of course the entire operation had to be repeated to remove the ‘art’ when the exhibition was finished.

I attach two photos to show the loading of the blocks outside the main entrance and the ‘runway’ beams. I hope you will be able to make reference to this in your next issue, to show that nothing is ever entirely original!