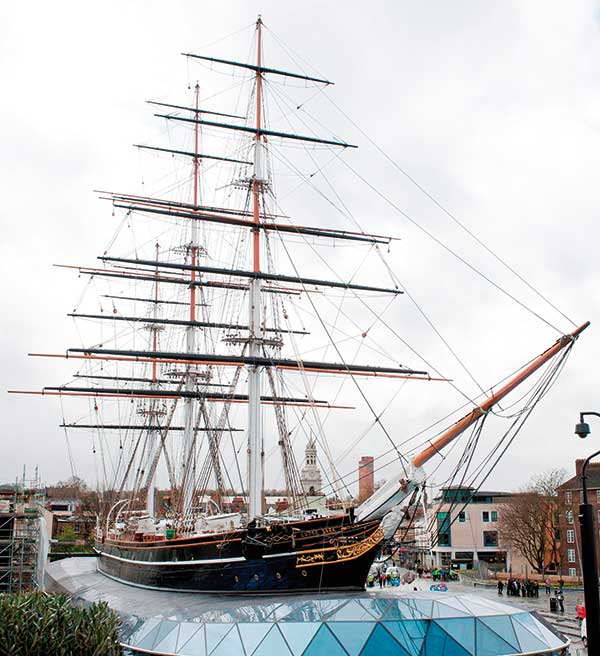 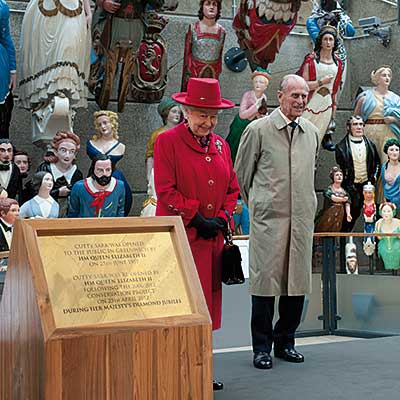 Her Majesty The Queen, accompanied by His Royal Highness The Duke of Edinburgh, has officially reopened the Cutty Sark, the world’s last surviving tea clipper and one of the UK’s greatest maritime treasures.

Following an extensive conservation project, with major support totalling £25M, the ship is once again open to the public.

Housed in its dry dock in Greenwich, the vessel has been raised 3.3m into the air and is now supported by a steel cradle framework which in turn is connected to the dock’s walls.

The new steel support structure allows visitors, for the first time, to walk underneath the ship and view its hull, while the space between the vessel and the dock has been glazed creating a new gallery and exhibition area.

The project architect was Grimshaw and structural consultant Buro Happold. The lifting of the vessel and the installation of the new steel support structure as well as new deck steelwork and other structural elements were undertaken by S H Structures.