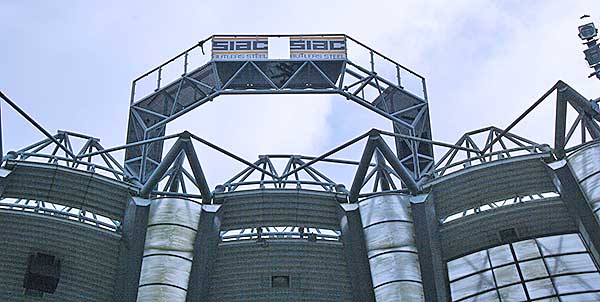 Fitted to the roofs of three stands at Dublin’s Croke Park stadium, the Etihad Skyline Walkway, which officially opened on 1 June, is set to be the city’s loftiest tourist attraction. 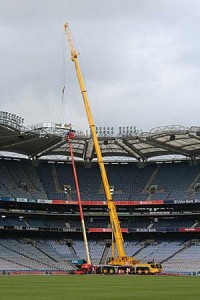 More than 100t of galvanized steel was used for the project, which was fabricated, supplied and erected by SIAC Butlers Steel.

The walkway sections, measuring 14m by 1.2m wide were fabricated and fitted with flooring and side wall panelling at SIAC’s facility, before being delivered to site and lifted into place by a 250t capacity mobile crane.

“The walkway frames had to span between trusses, while satisfying the geometric constraints from the available headroom and avoiding any clashes with the existing secondary steelwork to provide an acceptable structure,” explains Pat Egan, SIAC Butlers Steel Director.

“This resulted in a fully welded U-truss, fabricated from hollow sections, being used. This improved the torsional rigidity of the walkway while exceeding the required natural frequency.”