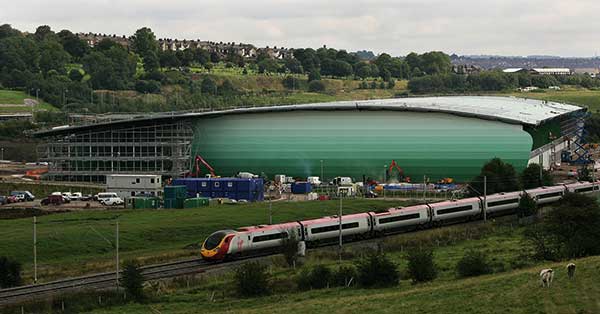 The warehouse forms the initial phase of the wider Chatterley Valley park project which will eventually create thousands of new jobs on the 12.5 hectare former colliery site.

The site’s carbon positive credentials will be enhanced by a bio-mass micro power station, which will produce sufficient power and heat for the on site buildings and a surplus that will provide enough energy to power up to 650 local homes.

Other sustainable features of the development

will include thermally efficient buildings with air tightness and thermal insulation, systems for en- ergy reduction and the latest solar cell technology which will eliminate night time light pollution.

Tom Haughey, CEO Severfield-Rowen Group, said: “We are pleased to be involved with such a high profile sustainable project as we believe sus- tainability is key to each of our subsidiaries.