Good time for developers to build 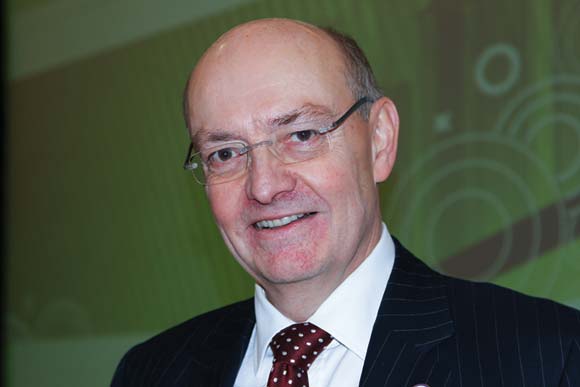 Outside the Westminster venue of the BCSA’s National Meeting on the last day of February the Capital showed signs of the first buds of spring, but the green shoots of construction market recovery remain elusive, delegates heard. 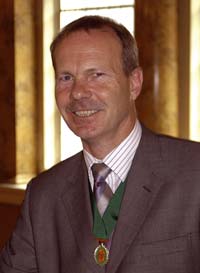 The subject of the meeting was ‘The Construction Market – The Future’. BCSA Deputy President Ian Hoppé chaired the meeting, and said market conditions remained challenging with BCSA Members seeing their output fall from 1.4M tonnes in 2007 to under 800,000 tonnes in 2012. The end of the decline in the overall construction market would not start until 2014 according to forecasts from the Construction Products Association, which was not the worst of the forecasts being made.

Former Institution of Civil Engineers President Peter Hansford took over the Government Chief Construction Adviser role in December, the second incumbent since the role was created in 2009 to promote cross-departmental coordination and leadership on government’s construction industry policy.

Mr Hansford explained that he was not a government spokesman, or a lobbyist for the construction industry. “The aim is to improve the conversation between the Government and the industry,” he explained. There were two programmes on the Government’s construction agenda, the Government Construction Strategy and a push for a cost reduction of 15% to 20% by the end of the current Parliament, in 2015. Delegates later pointed out that this had already been achieved by recent falls in tender prices.

One success of the Government’s construction strategy had been the introduction of Project Bank Accounts which speeded up payments to the supply chain and were being used on projects worth £1,100M in 2012, with a target of £2,000M. New procurement models were cutting down on time consuming bureaucratic processes, through using standard prequalification questionnaires.

Peter Fordham of Davis Langdon spelled out why the industry was concerned about its future with a downbeat assessment of prospects for the next few years in some key sectors of the industry, including industrial buildings, offices, and the retail and leisure sectors.

Since 2010 the industry had flatlined – so at least the fall had stopped, he said. Factories and warehouses had been major markets for the sector in 2007 but since then there had been a big fall in demand for warehouses and the sector was still flat in 2012. The trend for the sector though was ‘gently positive’.

Industrial building rents were expected to rise by 2% a year or so up until 2017 which could encourage some developers.

The City market showed some recovery in 2010 but had been falling since then, with rents showing the same pattern. Towers recently built in London were finding tenants slowly. Several were on hold for the foreseeable future.

There was a big development pipeline waiting for the go ahead and although 2013 to 2014 could see some projects go ahead, schemes that could have gone ahead in 2015 to 2016 were likely to be delayed. Retail was still falling off a cliff as it has been since 2010.

The picture in the regions was not good and there was little development under way with capital values halved since the 2007 peak. There were no completions of commercial premises in some cities in 2012. Desk sharing and hot desking were being adopted as companies tried to stay put rather than undergo the expense and uncertainty of moving.

The office market faced headwinds from a lack of business confidence, weak demand, a tendency to stay put, a flat financial sector, lack of finance and a preference for refurbishment rather than rebuilding.

On the positive side, the Eurozone showed signs of having stabilised, some important property leases were due to expire and tenants would be looking for new premises, there was a shortage of Grade A office space and most markets would see rental growth from 2014. Retail parks with an attached leisure activity like restaurants, cinemas and gyms were a rare growth area. Commercial building would start a slow recovery from a low base in 2015. 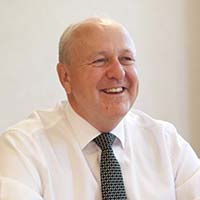 Mr Fordham warned that construction tender prices would ‘jump sharply’ at some point, so now was a good time for developers to move.

Kier Construction Managing Director Steve Bowcott said the market was now at the bottom and his company was seeing more work for the next year, with 70% of the following year’s work already secured at the start of its financial year. He said: “A flat market is OK if you perform. You can take market share by being better.”

Kier had instituted its own testing standards for suppliers in key areas like steelwork, concrete, earthworks and cladding. So by July this year Kier would not allow any welder to work on its projects, including those on which it is a joint venture partner, without up-to-date welding certification. Mr Bowcott said: “Our building guys always try and go for a steel frame. I think you are a great industry, I really do.” Top contractors were trying to push prices up so get your quality right and your price will follow, he promised. 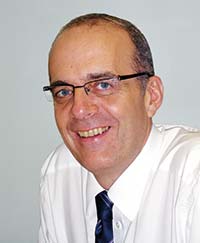 Alan Todd, Tata Steel General Manager Construction, revealed the main findings of the 2012 UK Steel Construction Market Share Survey, the latest in an independently produced series that goes back to the 1980’s. Mr Todd pointed out that as bad as the forecasts from Experian, the CPA and others might sound, the sectors of most importance to steelwork contractors looked like they might perform a bit better than others, or at least better than some forecasts implied.

Those key sectors are private industrial, private commercial, public non residential and infrastructure. The market survey, from Construction Markets, showed that the total market for multi storey non residential buildings fell 18% in 2012, which was a 42% fall from the 2008 peak. Steel’s market share remained high at 67.1% over the year.

Steel had also  increased its market share for larger multi storey projects, those of over 5,000m², to 71.7%, but had given up some ground for smaller projects.

The shed market was down 47% in 2012 from its peak in 2007 and the agriculture sector had taken on a new significance, growing to represent 20% of the market.   Steel’s market share for all single storey buildings overall was unchanged in 2012 compared to 2011 at almost 85%.

Mr Todd argued that the forecasts like Experian and the CPA’s used the Office of National Statistics value based figures, which are collated using a changed methodology since 2010 that has been questioned by most industry commentators. Their overall forecasts include residential and repair and maintenance sectors. The key structural steel consuming sectors however – industrial, commercial, public non residential and infrastructure – constitute some 45% of total output.

Of these key sectors, the private industrial sector – which is at historically low levels – is expected to show some growth in 2013 driven by warehousing and distribution space for online retailing. This will be largely offset by contraction in factories and other non industrial sheds.

It will be 2014 before some small signs of growth are seen in the private commercial sector, with the London office market subdued and other cities virtually dormant, resulting in a further small fall in the offices market this year.  Further declines are also expected in leisure and retail in 2013.

The public non residential buildings sector – which includes education, health and some prisons, defence and leisure – was down 27% from the peak in 2012 and further falls are expected up to 2015 when they will be 50% of the 2010 peak. Education has been dominating this sector, accounting for up to 60% of demand.

Infrastructure, which includes bridges and other transport and power and other services fell 15% in 2010 but is a rare growth sector for the next few years when it is expected to rise by at least 7% a year to 2016. New gas powered stations are in the pipeline although the future of nuclear is uncertain; and the Forth and Mersey Gateway bridges were boosting demand already.

Using the value based statistics it appeared that steel construction is forecast to perform even worse than the overall construction market, and there was a significant variance between forecasters, such as Experian and the CPA. But, Mr Todd said, floor area is a better proxy for structural steel demand than values. It was more meaningful to consider also the relative value of sectors to steel – for example, the industrial sector is 4% of the market by value, but accounts for 40% of constructional steel consumption.