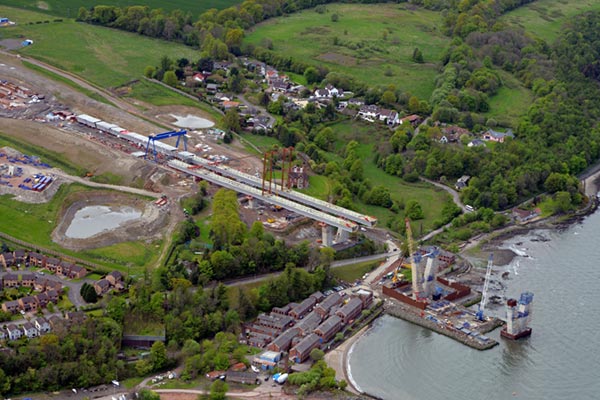 Transport for Scotland has announced that construction of £790M Forth Replacement Crossing has passed the half way point as all three towers are now higher than the level of the yet to be erected bridge deck.

A major part of the scheme is the construction of the southern and northern approach viaducts, work that is being undertaken by Cleveland Bridge.

The 545m-long southern viaduct is nearing completion and erection of the 220m-long northern structure is due to begin later this month (September).

All of the steelwork is being fabricated at Cleveland Bridge’s Darlington facility into sub-assemblies that are delivered to site and welded together to form deck sections.

The decks are being slid into position using an incremental launching procedure.