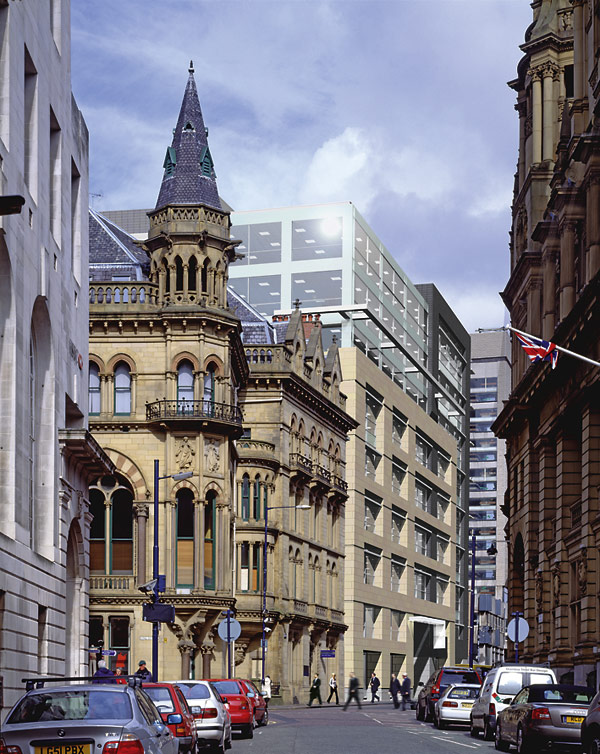 Corus Bi-Steel has won its first contract in the UK for its Corefast prefabricated core system. It will provide lift and stair cores on the Forty  Springardens office development in Manchester.

The 9,385m² speculative office development will have two basement storeys and nine storeys above ground. Langtree is the developer with Balfour Beatty Construction as main contractor.

Corefast will be used to provide a four-bank central lift core and a separate combined lift and stair core running through the basement storeys and the first six storeys above ground. The top three storeys will be constructed as a traditional braced steel frame. Construction is due to start in November.

Corefast uses Corus Bi-Steel panels consisting of pairs of steel plates connected by an array of bars and then filled with concrete on site.

Balfour Beatty’s Project Manager for the development Rob Todd said: “The specification of Corefast will greatly simplify the supply chain for this project. With the cores being delivered to site as prefabricated modules, the system will provide significant time, labour and plant utilisation benefits.” There will also be less congestion at the busy inner city site and less need for working at height.

The first project to use Corefast was at the £276M  Dundrum Town Centre development near Dublin where a six storey core was completed in five working days (NSC February 2005).