First of five blocks goes up on Manchester island 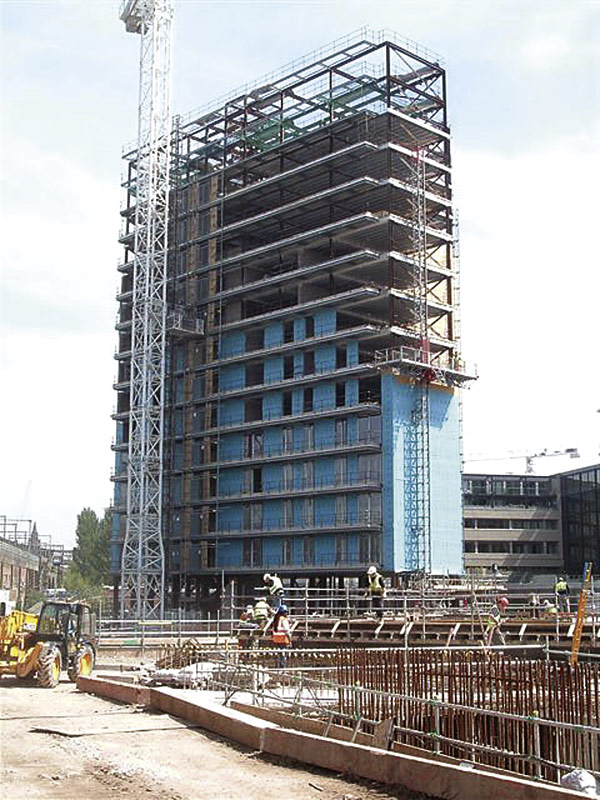 The AA Group (TAAG) has completed the first of five residential tower blocks at St George’s Island in Manchester.

The tallest block, with 15 floors, has been completed. The others will have 13, 12, 11 and nine stories respectively.

The site, about a mile from the city centre, is surrounded by the railway line to Manchester Piccadilly Station on one side and canals on the other three. “It’s a very tight site, like a city centre job,” said Contract Manager Kevin Nickson. “There’s very little storage space on site and we’ve been using just-in-time delivery.’

TAAG is supplying both the steel frame and floor decking under a contract worth around £5M. For the floors asymmetrical beams with Richard Lees Holorib decking is being used to keep the floor depth to 300mm and maximise the floor to ceiling height. A total of 2500t of steel is being supplied under the contract. TAAG started on site last September and is due to complete in January 2006.

The £80M development by Dandara, which is also acting as main contractor, will provide 104 apartments.