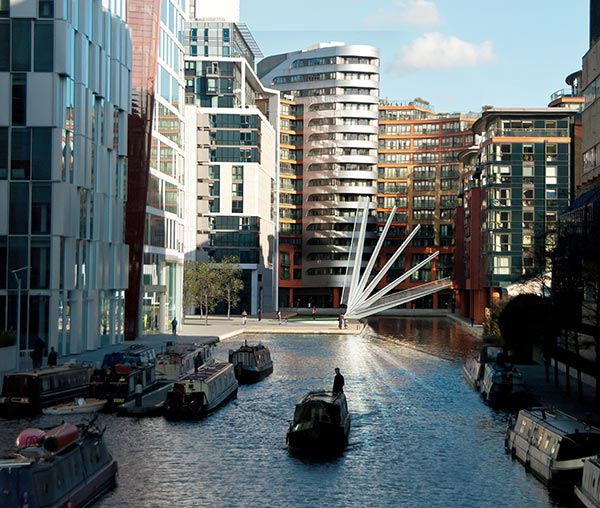 Steelwork erection has been completed by S H Structures for a landmark pedestrian bridge spanning Paddington Basin in west London.

Dubbed the Fan Bridge, the 20m long structure has been designed by a team consisting of Knight Architects and AKT 11. It features a 3m wide cantilevering deck hinged at the north end that can be raised by hydraulic jacks with an action similar to that of a traditional Japanese hand fan.

The deck is made of five fabricated steel beams that open in sequence, with the first rising to an angle of 80 degrees; the four subsequent beams will rise at lower increments.

Shaped counterweights assist the hydraulic mechanism and reduce the energy required to move the structure. The handrail will house a low-energy LED downlight which will illuminate the structure.