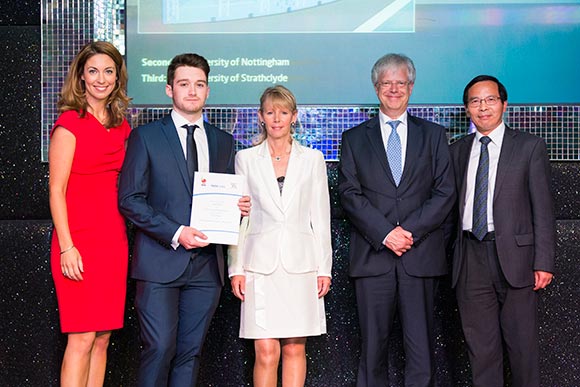 These prestigious Awards were divided into three categories – Building Structures, Bridges and Architecture.

The competition brief for the Building Structures award was to design a structural enclosure to house an historic timber sailing ship as a tourist attraction in a dockyard site.

The client was looking for a structure that reflected the maritime heritage of the site, enabled preservation of the ship and provided valuable multi-storey space for exhibitions and corporate events.

For the Bridges award students were required to design a new single carriageway road bridge across intercity railway lines and an area of sidings. The site was predominantly flat and visible from all directions, so the bridge would be a major landmark.

Designing a very tall skyscraper in a city centre location that would be a vertical city accommodating offices, shops, a hotel, public realm, leisure facilities and residential flats was the brief for the Architecture award. 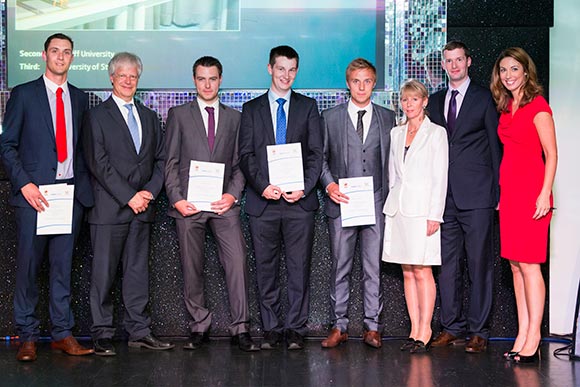 The winning team in the Bridges category, Queen’s University Belfast, receive their award 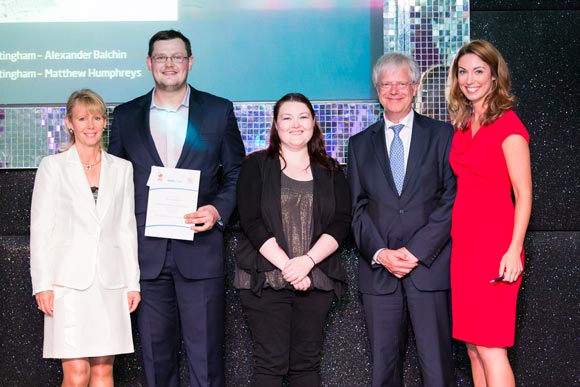