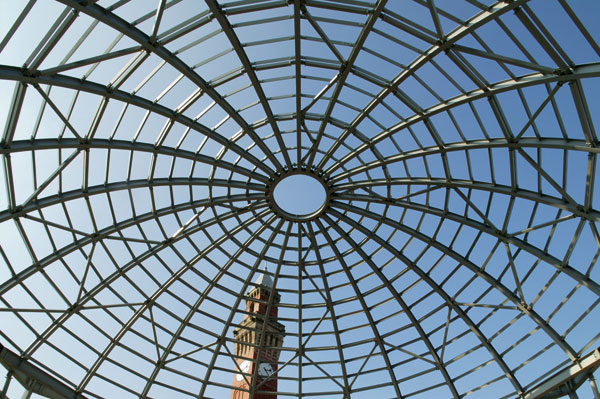 A new 450-seat concert hall, which will house the University of Birmingham’s department of music, will complete the historic redbrick semi-circle of buildings which have been at the heart of the academic institution since 1909.

Known as the Bramall Building, the steel framed structure will feature a high-spec auditorium, a large rehearsal studio topped by a feature domed roof, teaching rooms and a large entrance foyer.

In order to replicate the adjoining structures the concert hall will be clad with red bricks, and stone specially sourced for its appearance. Arched windows and doorways as well as rooftop turrets will also mirror the university’s historic buildings.

“To erect the domed roof more than 600 individual steel members were used,” commented BAM Construction Project Manager Scott Marsh. “The steel erectors had to use a temporary steel tower to support and stabilise the dome during erection and this couldn’t be removed until the final member was in place.”

The project is scheduled for completion by March 2012.