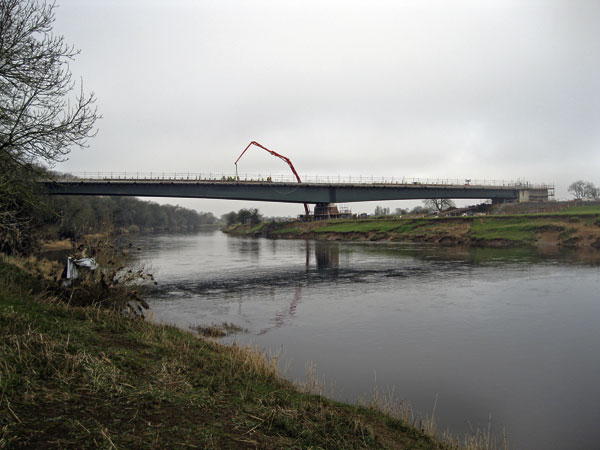 Birse Civils is completing the deck of a new 1,200t steel crossing of the River Eden north of Carlisle after Cleveland Bridge finished the steelwork erection.

The 156m long bridge forms an integral part of the Carlisle Northern Development Route, a five mile road linking the A595 with the M6.

To erect the structure Cleveland Bridge made use of one of the UK’s largest mobile cranes. It lifted each of the structure’s four longitudinal girders, each weighing 170t and including the 59m back span and around a third of the 97m main span, into place to balance on the bridge’s single pier and east bank seat.

The crane was then dismantled and driven around to the western side of the bridge to lift in the remaining two main span sections, each weighing 250t.

The project is a £176M PFI contract between Cumbria County Council and Connect Roads.