A steel man for the times

Posted on November 1, 2011 by NSC2 in Profile, Projects and Features 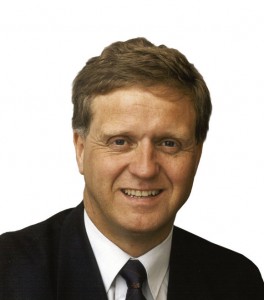 There are not many who have played a more central role in the development of the use of steel in construction over the past 30 years or so than outgoing Director General of the BCSA Dr Derek Tordoff. He tells Nick Barrett about the highlights of his career.

Being the Director General of a high profile organisation such as the BCSA is a challenging task for anyone at anytime; any amount of success would generally be gratefully acknowledged by members. Holding down such a job for 27 years though, during testing periods like the worst recession in 30 years or more, while overseeing the fundamental construction industry demand shift that is the steel construction success story, deserves far wider recognition.

Dr Tordoff gives up the reins at the BCSA at the end of this year, after 35 years with the association, 27 as Director General. During Dr Tordoff’s time at the BCSA steel more than doubled its market share of the multi storey building frames market and the UK steel construction sector has become acknowledged as the world’s most successful.

Around the time that Dr Tordoff joined the BCSA, steel had only a 30% share of the key multi storey frames market, while concrete enjoyed a share of around 70%. That has been reversed: steel now has about a 70% share of the market while in situ concrete slugs it out with prestressed concrete and timber for the rest. Steel totally dominates the single story industrial market, sheds, with a share of well over 90%.

“Thirty years ago concrete had a significant share of the sheds market, but you hardly see a single storey concrete shed today,” says Dr Tordoff.  “Steel construction’s rise to dominate the multi storey and single storey structural building frames market is one of the great construction success stories, and it has been one of the greatest successes of my working life to have played a role in helping BCSA’s members achieve that,” says Dr Tordoff. “We have a steel sector that is admired worldwide and taken as a model by others as they try to emulate the UK’s performance.”

Dr Tordoff can list many radical innovations that have been introduced to the structural use of steel over his working lifetime. Dramatic improvements have been seen in health and safety, in the transformation of BCSA’s members from fabricators into steelwork contractors, in standard connections, sustainability, terms of contract, codes and standards, composite and long span construction and the widespread uptake of computer numerically controlled production of fabricated steel. 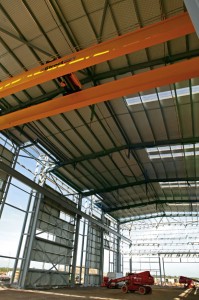 More than 90% of warehouses are steel framed

Making the broad range of advice and publications available via routes like websites and internet downloads seems a very long way from the publication of the first Black Book, or National Structural Steelwork Specification early in his BCSA career. “That was the first time steelwork specifications were standardised, with every consulting engineer having its own specifications before that, which were often out of date and uneconomic,” remembers Dr Tordoff.

In the late 1970s, Dr Tordoff broadened his initial role in the BCSA to Director of Engineering. The association at one time had a technical staff of about 25 but they went off to join Constrado, an industry group funded by British Steel. This formed the nucleus of what is now the Steel Construction Institute, founded in 1984 around the time that British Steel was privatised.

BCSA decided to start rebuilding its own technical capabilities. “It was realised that the complexity of designing in steel was holding back its use. There was not enough information easily to hand for structural engineers who might have wanted to design in steel,” Dr Tordoff recalls. The upshot was to commission computer programs that could be used for multi storey building design and made available to structural engineers. The range of information has been added to substantially over the years in cooperation with the national steel producer, Tata Steel, and the SCI as well as industry partners.

Everything was in place by the time that Dr Tordoff took over the Director General role in 1984 for steel to begin its assault on the construction market. From 1986 membership of the BCSA was broadened to let other parts of the supply chain into associate membership. Today the BCSA has around 100 steelwork contractor members who can undertake turnkey packages, everything including foundations, design, fabrication, erection, cladding, roofing and decking. Together they account for some 70% of the structural steel market in the UK. Dr Tordoff said: “There are very many steelwork contractors in the UK, and all the large ones are BCSA members as well as almost all the medium sized ones and a lot of the small ones.” 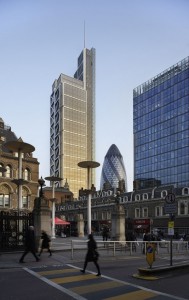 Steel now has a 70% share of the high rise market

A key strategy has been to enhance the competence of the BCSA’s members; going through BCSA’s exacting entry requirements is accepted as proof of competence. The BCSA Membership Scheme tells main contractors and others which firms are regarded as having the capabilities for particular projects and sizes of contracts. The Highways Agency insists that contractors wanting to undertake steel bridge works have to be on BCSA’s bridges register.

Dr Tordoff concluded: “I leave the BCSA in pretty good shape, especially considering the recession that we are going through. The fact that far fewer members have been forced into liquidation compared to the last big recession in the early 1980’s is testament to the good business practices that member companies follow. For evidence of competence, just look around at the large number of successful projects of great complexity routinely undertaken by steelwork contractors.”

Yorkshire born Dr Tordoff graduated from the University of Leeds with a degree in civil engineering in 1968, and then moved south to Mott Hay & Anderson, writing computer programs for structural design of satellite tracking stations. “They had large dishes that had to rotate and withstand 200mph winds, so it was very challenging,” he recalls.

Calculations  failed to maintain the young engineer’s interest for long and he went to get site experience necessary for full ICE membership as a site engineer on the M62 for contractor Dowsett. A harsh winter taking theodolite readings on the Yorkshire moors was enough to excite an interest in a return to the academic life, when he earned a PhD for work on the optimum design of steel box girder bridges. NASA’s pioneering experience on using computers to solve complex problems was drawn on.

“I developed optimisation programs using the NASA experience. It wasn’t entirely an engineering problem, it was more about economics. We decided an optimum solution would be defined as an economic solution that satisfied design criteria.”

While doing this work he made his first visits to steel fabricators to study their processes, and developed programs for things like the time spent on welding. The costs of structures were put together with the programs.

With his PhD under his belt Dr Tordoff went to work for Travers Morgan for three years on pre cast and post tensioned concrete bridge design, and writing programs for standard bridges design on behalf of the Department of Transport before joining the BCSA in 1976. “New design rules had been introduced at around this time following the collapse of some steel box girder bridges, which made it very onerous to design bridges in steel,” he remembers. “We supported the development of BS 5400 for design and for fabrication to ensure that steel was a viable option.”

A history of the development of the use of steel in construction can be found at www.steelconstruction.org/history