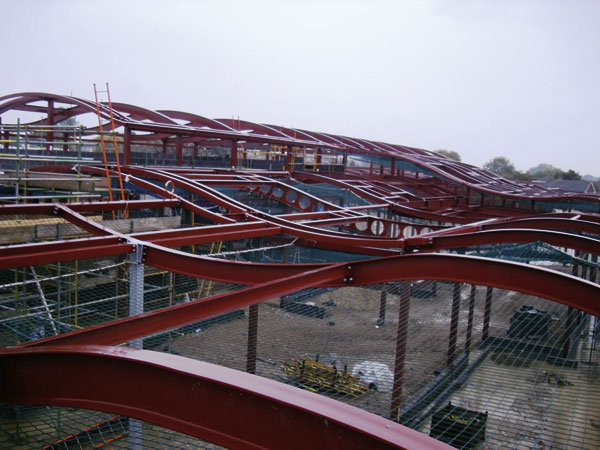 Steelwork has been completed on the £14M Maplefields School project in Corby, Northamptonshire.

Working on behalf of main contractor Graham Construction, Walter Watson erected 300t of structural steelwork for the project, which incorporates a number of environmental features into an eye-catching design.

“The geometry of the roof was a complete series of curves fabricated from a combination of beams, cellular beams, hollow sections and channels,” said Trevor Irvine Walter, Watson’s General Manager Structural Division.

“There were a number of S curves on the job, some of which Angle Ring were able to curve in one piece and some of which had to be curved in two sections and then joined to form the S curve. There were over 360 individual curved members on this job.”

Maplefields School is due to open in autumn 2011.